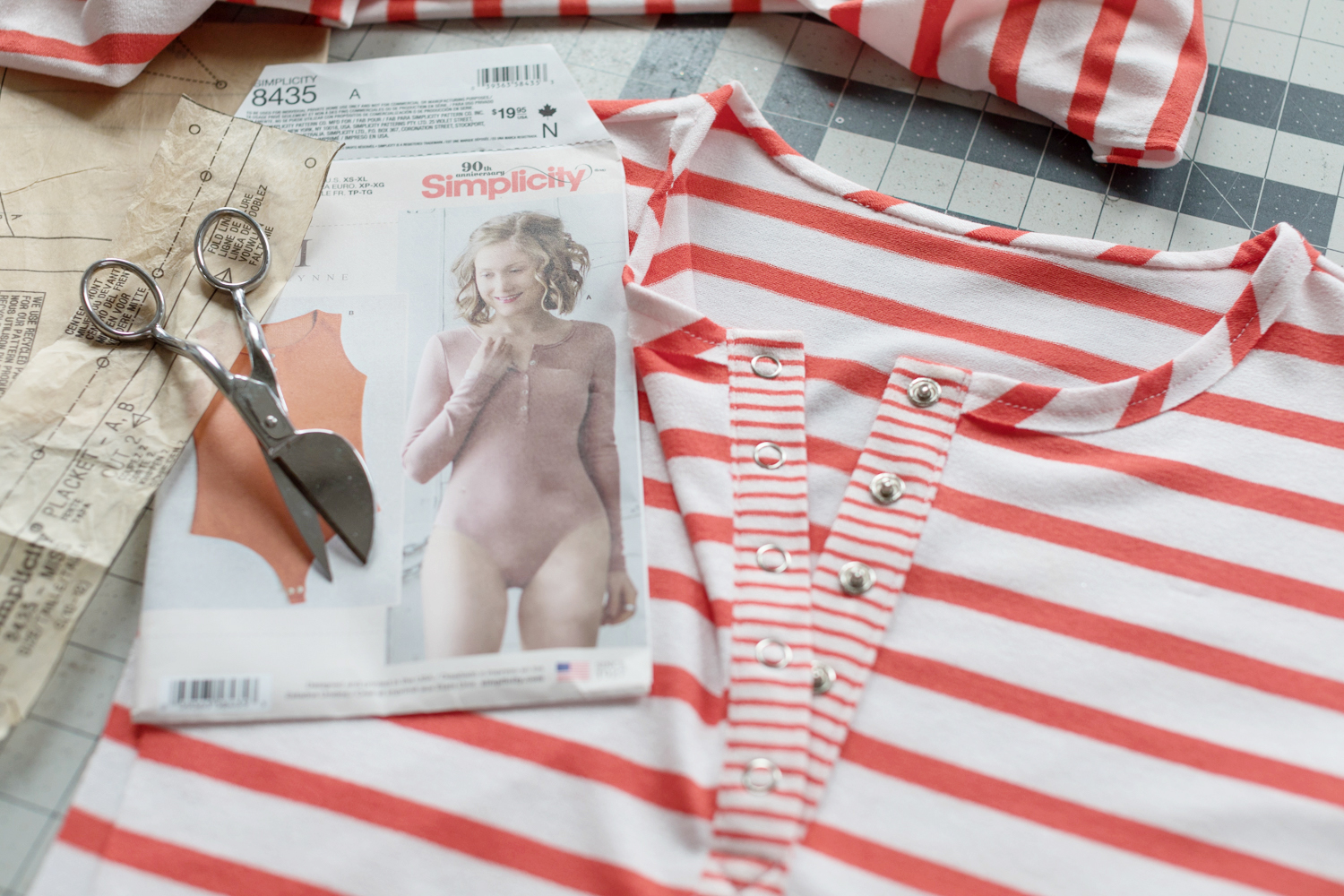 I’ve said it before and I’ll say it again, I’m a visual learner. Give me directions and in an hour, I’ll be pulling my hair out trying to follow. I need pictures or a video to fully understand any kind of process. For this reason, I’m creating several tutorials for my new patterns with Simplicity (psssttt… did you see the FULL video tutorial for the 8437?). Below, I show how to sew the center front placket for the 8435 bodysuit. You can purchase the kit here and the pattern here. It’s not hard to sew, just a lot of steps that have to be precise so that your placket isn’t wonky.

There is nothing more fulfilling to me than seeing what you make. So if this tutorial gets your sewing mojo going and you’re pumped to make a bodysuit, hop on over to the shop to purchase a kit and pattern, and then share with me via email or on Instagram (tag @mmadalynne and use #bramakingwithmadalynne). Stay tuned later this week to this the bodysuit all sewn up! Sneak peek here.

PREP
Before getting to the actual sewing, let’s look at where you should be at this point in the project. You should have sewn the front and the back together at the shoulder seams, marked the placket placement (I used a regular pen since it will be hidden once placket is sewn), cut down the center front according to pattern markings, and added binding to neck. This is not in the pattern directions, but I also added a square of fusible interfacing on the interior/wrong side at the bottom (where the triangle is) to reinforce. Last, you could have both plackets cut out. I added fusible interfacing to reinforce. 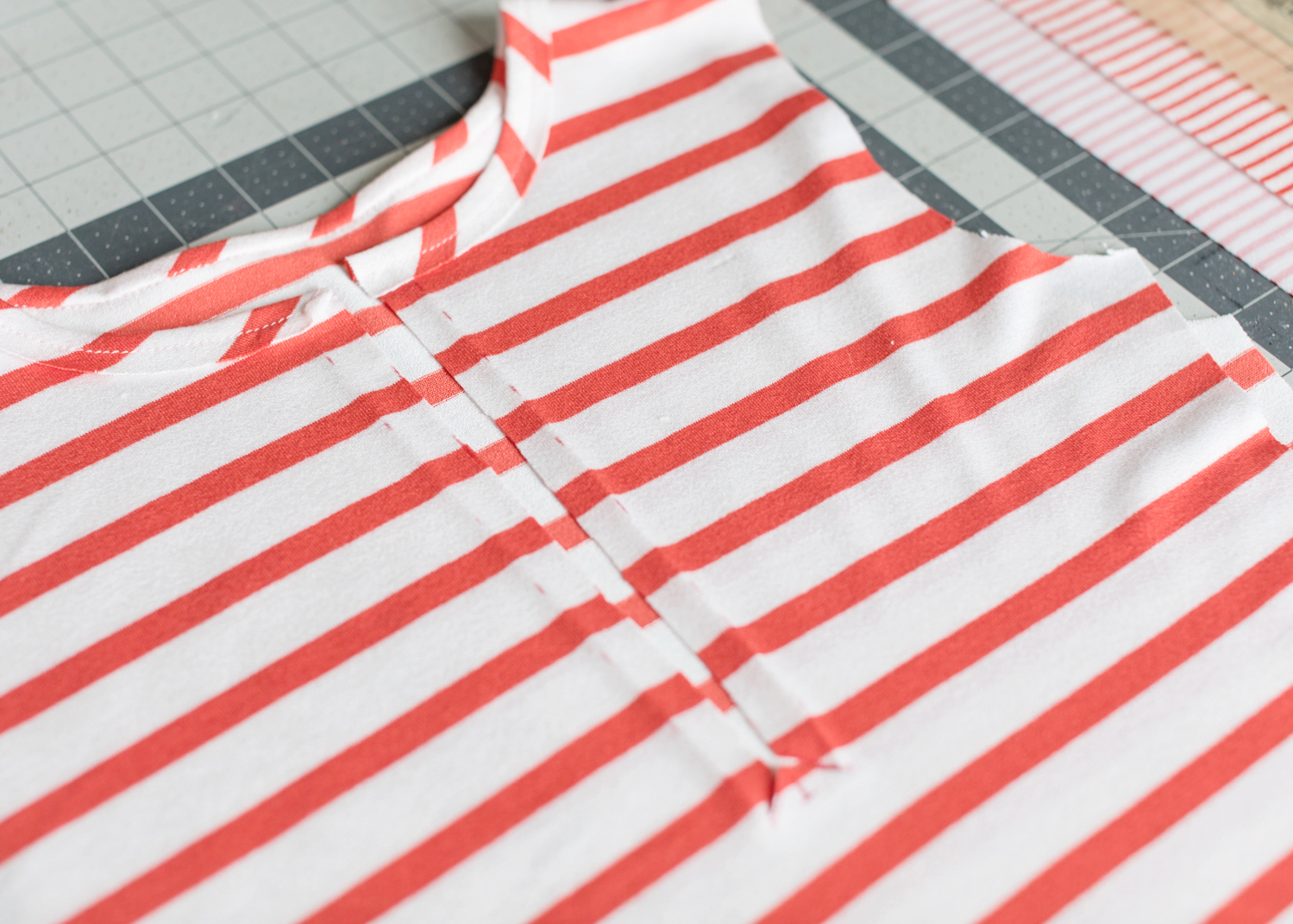 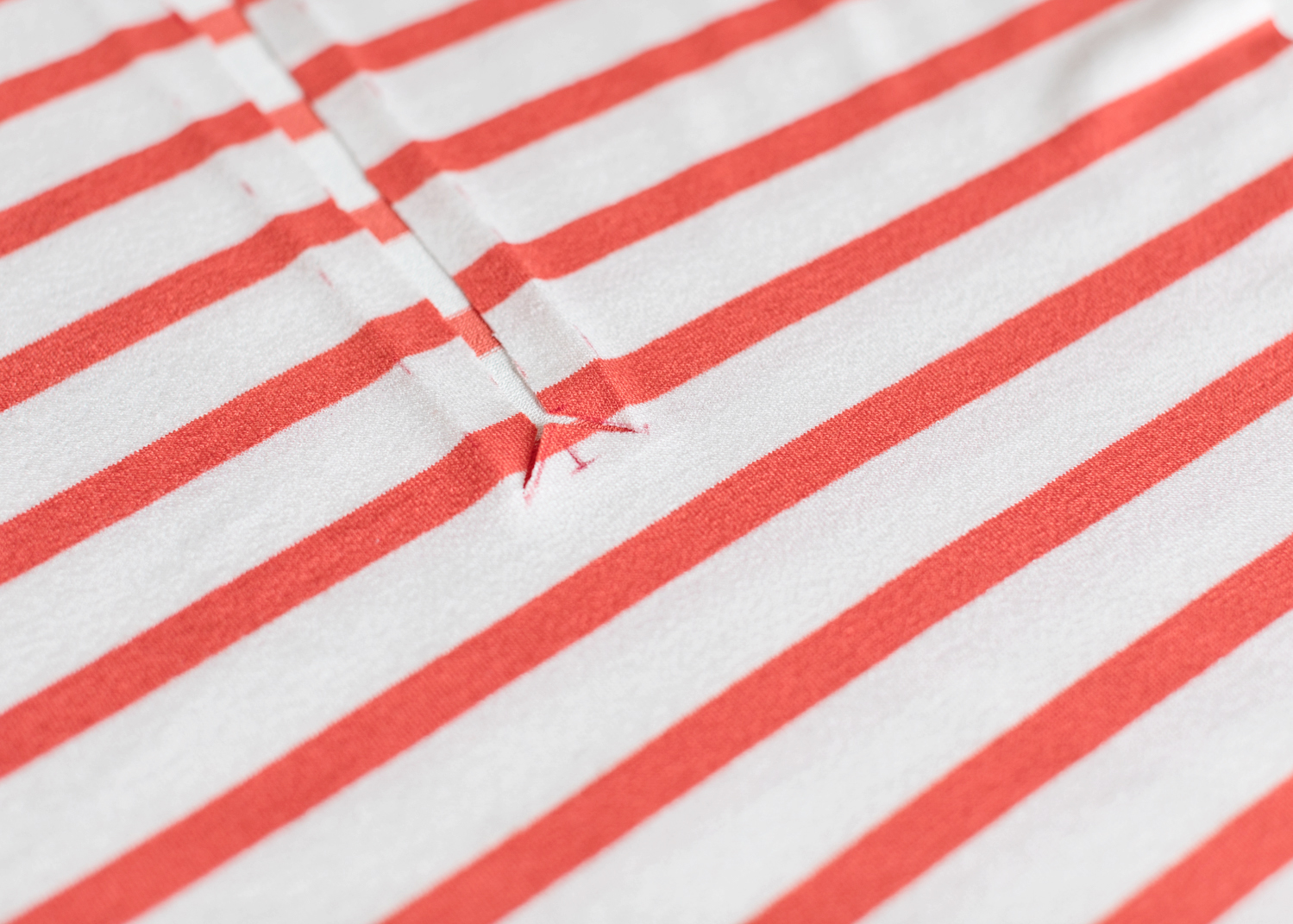 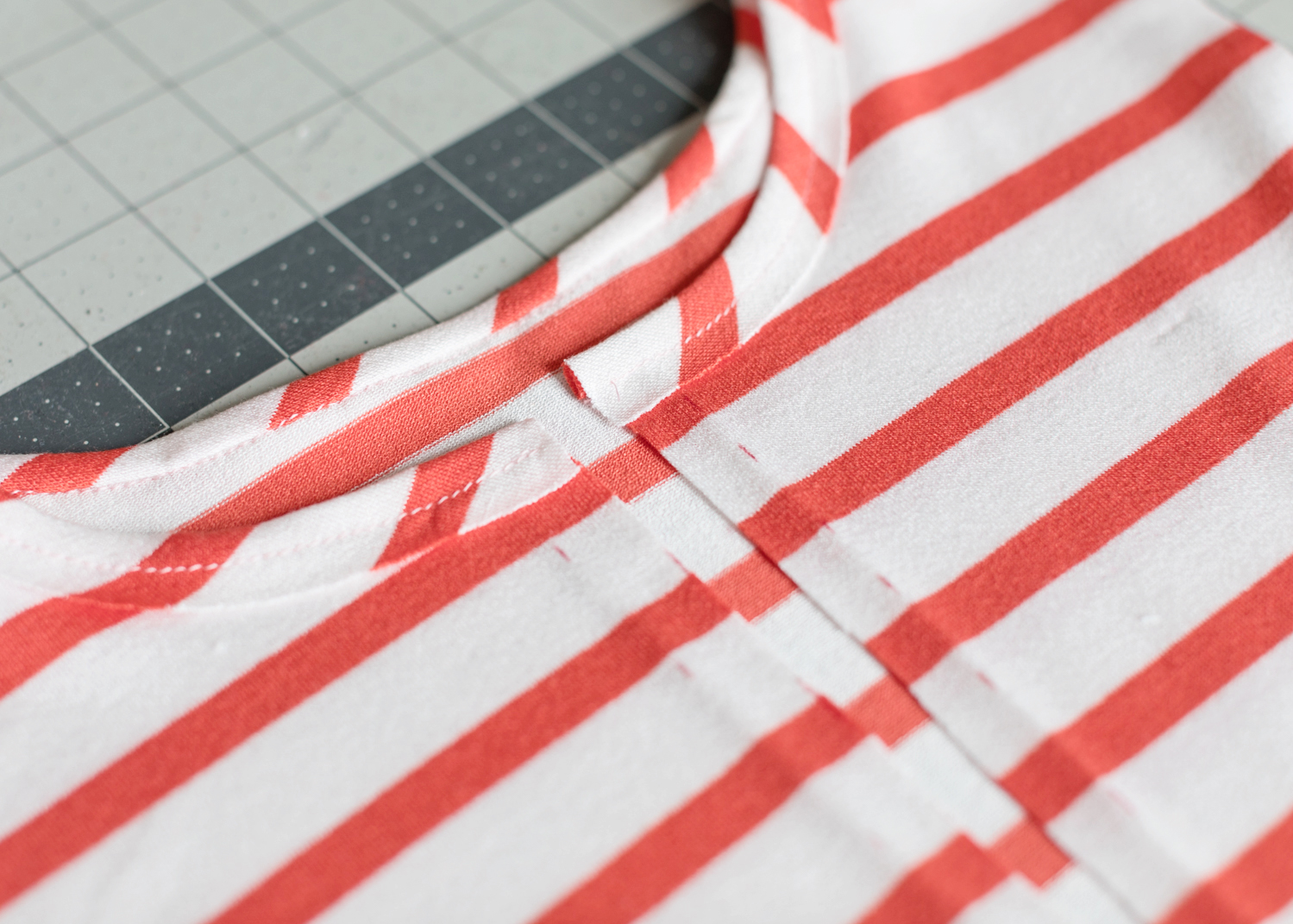 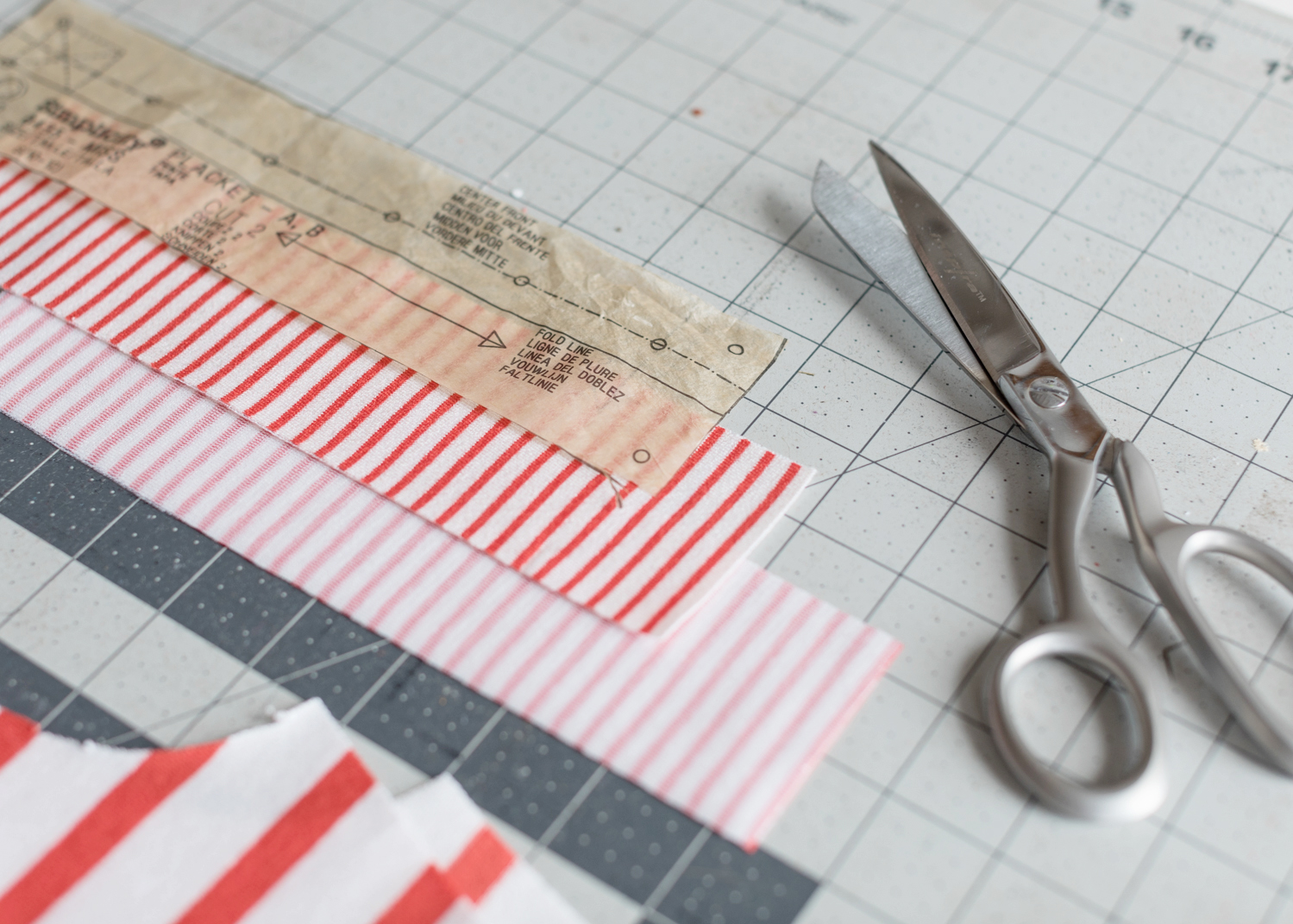 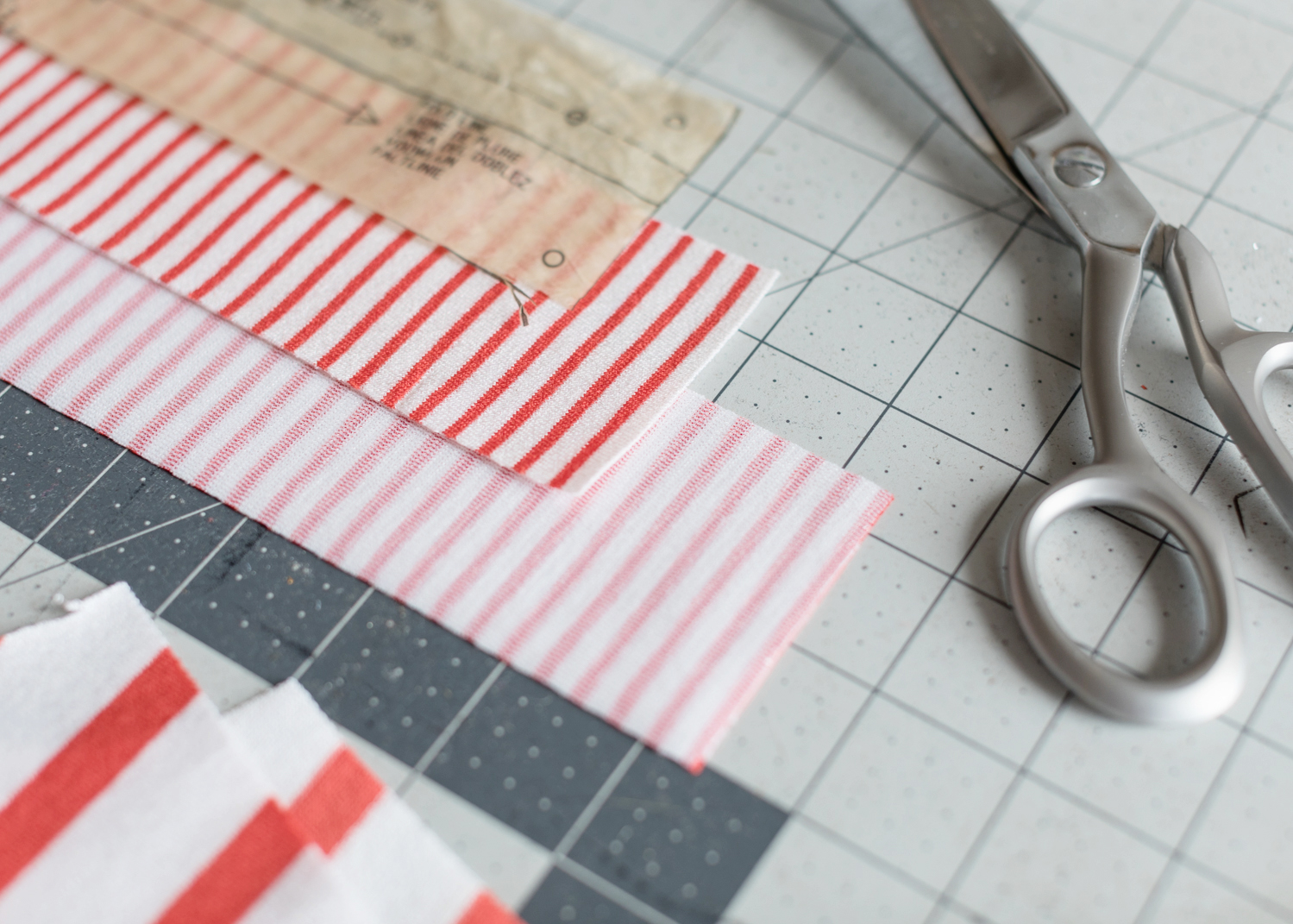 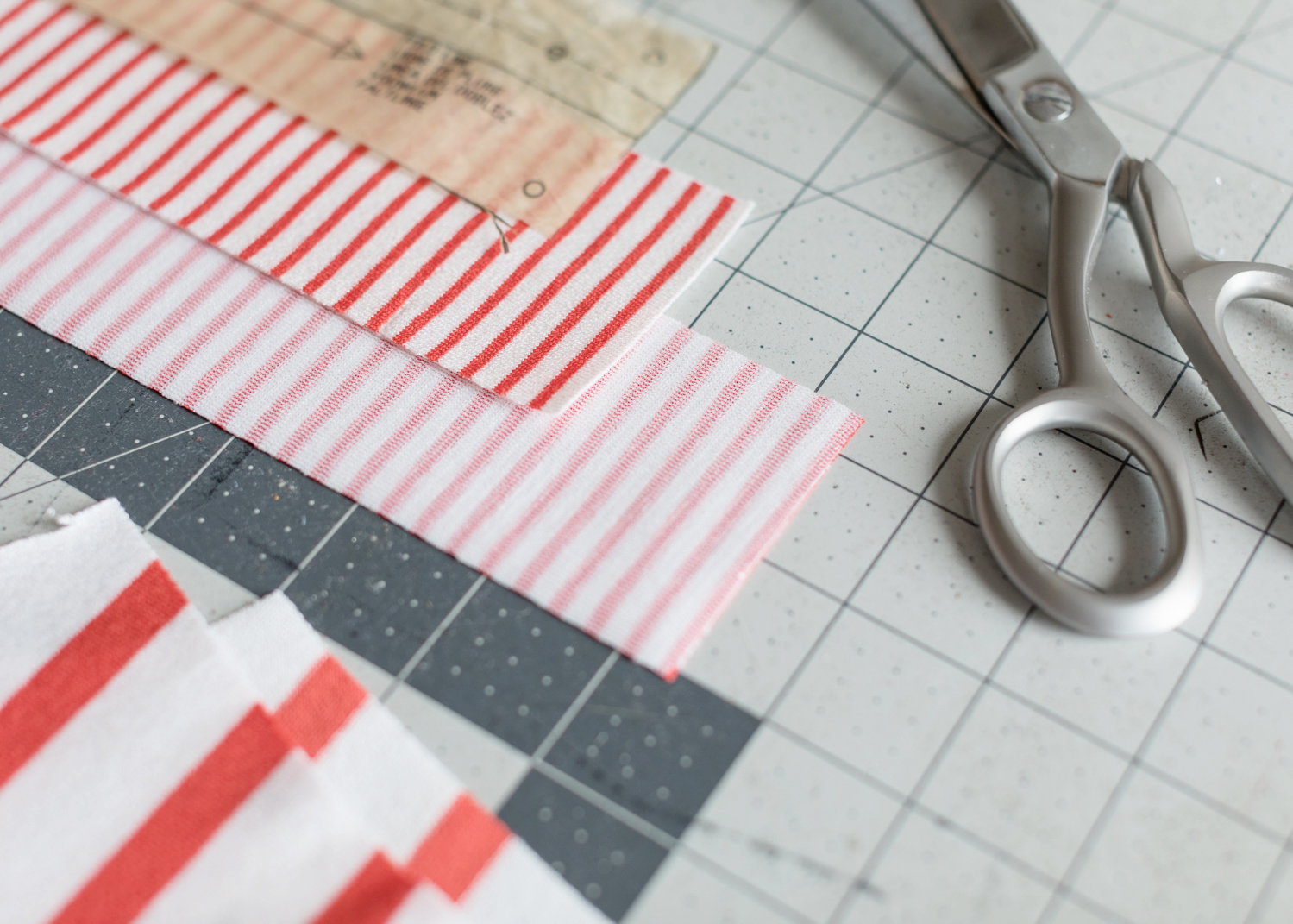 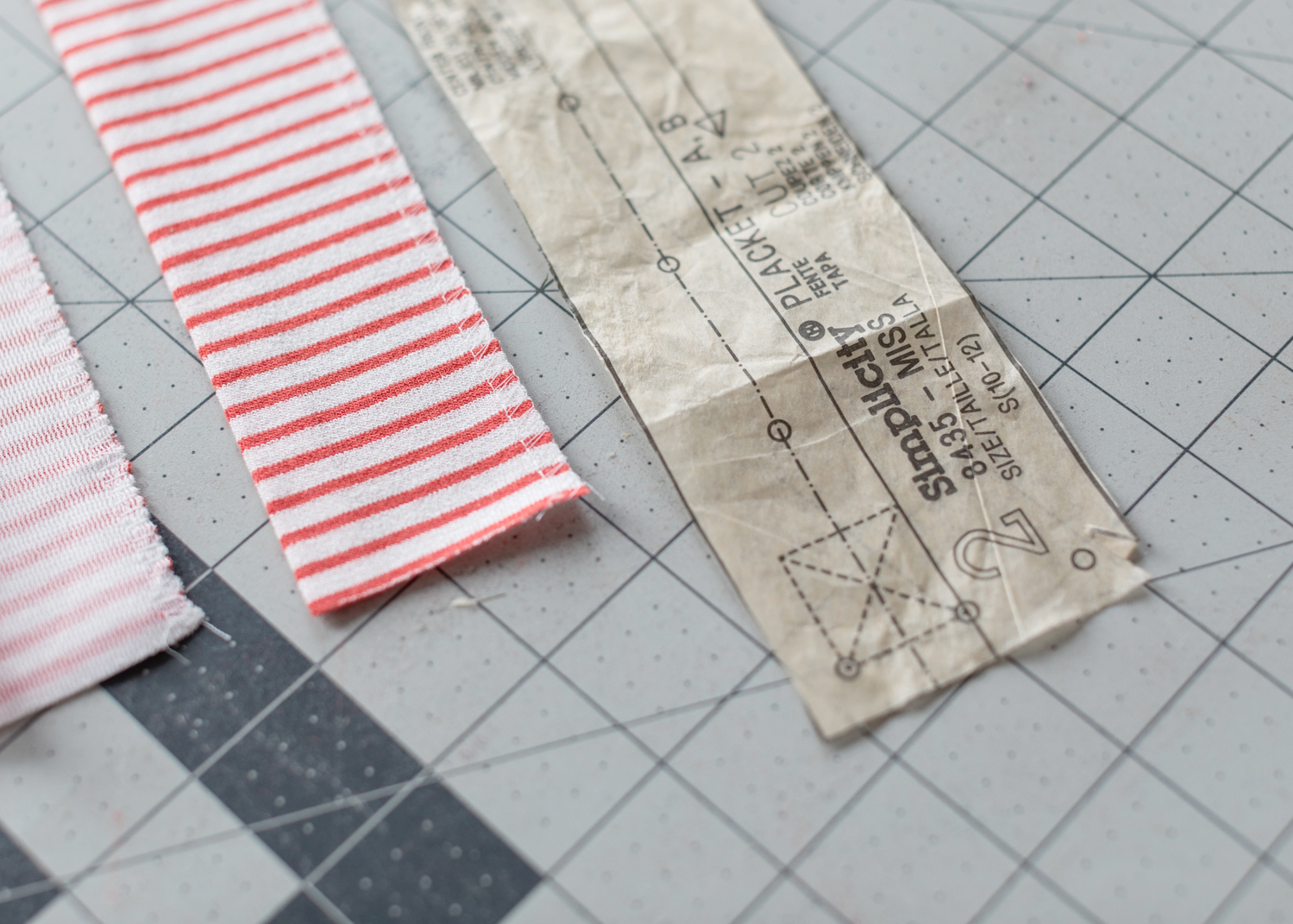 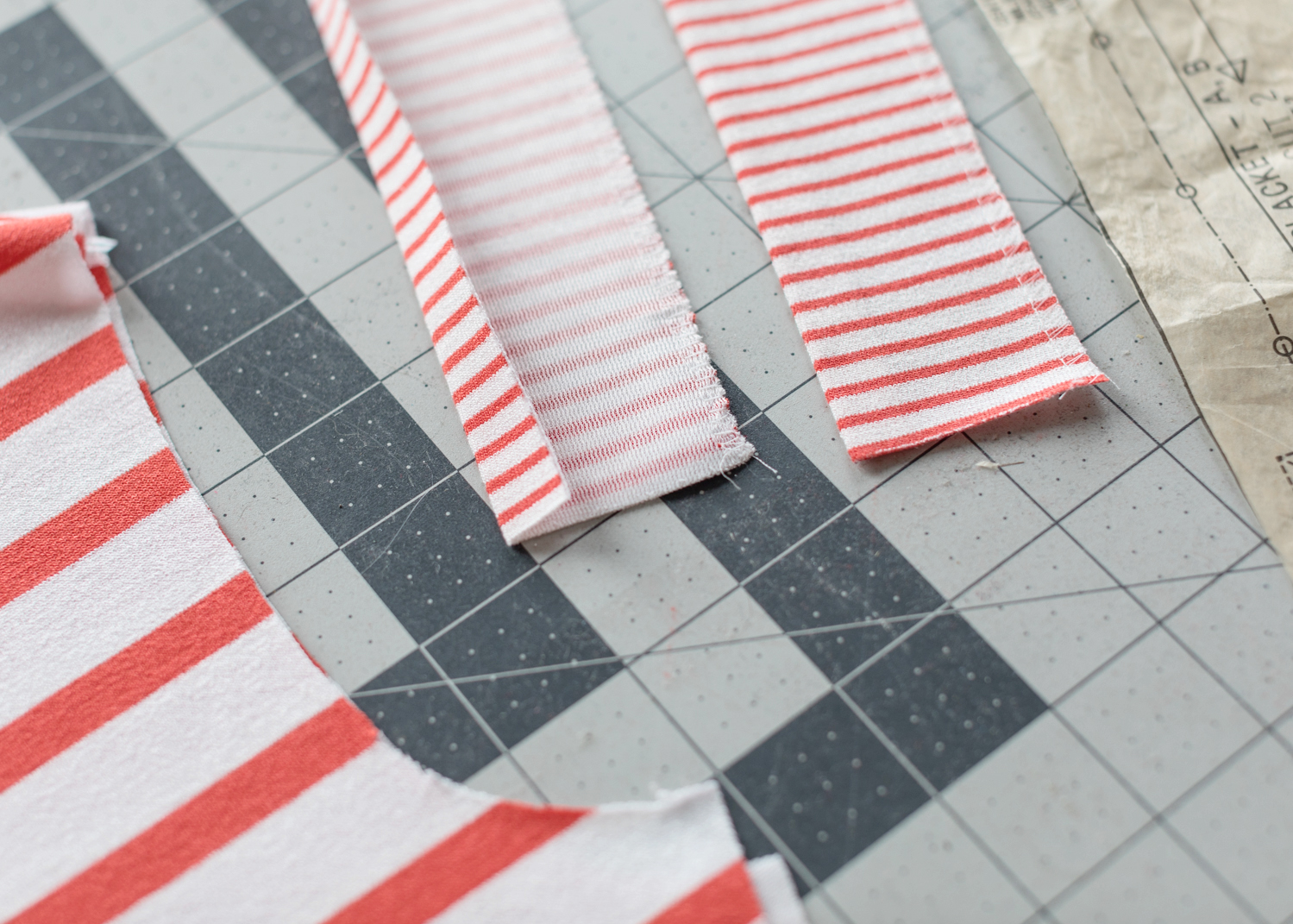 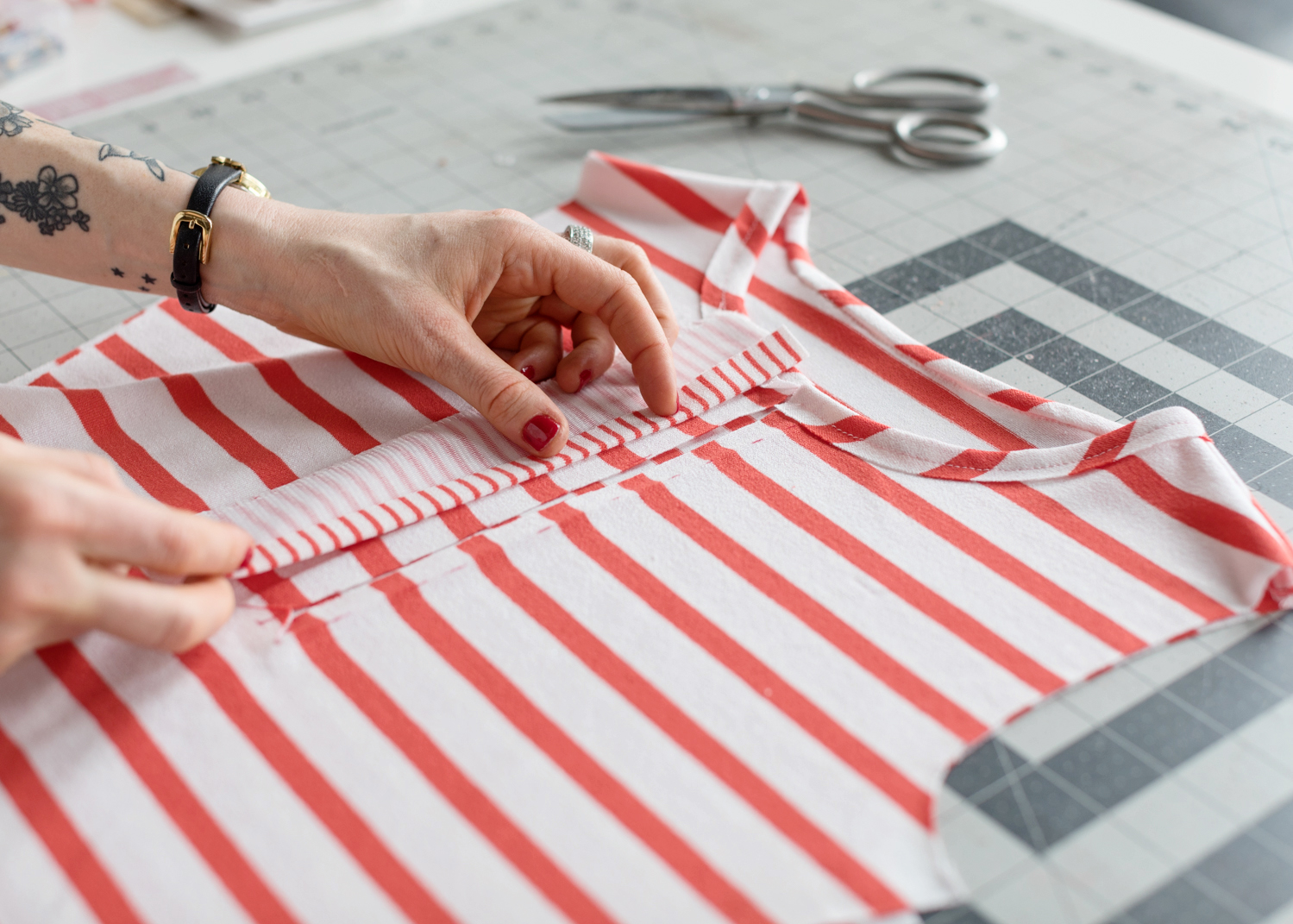 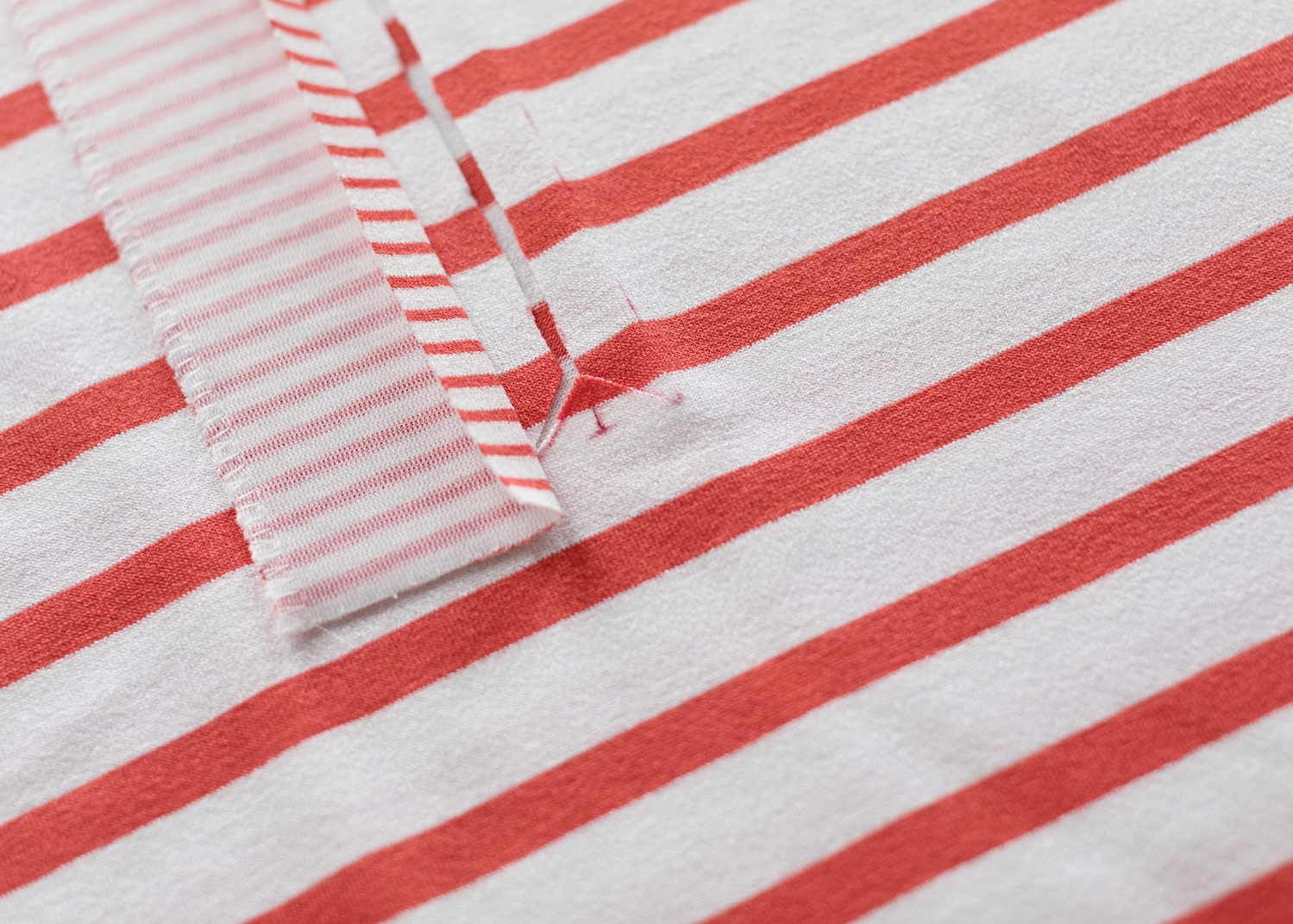 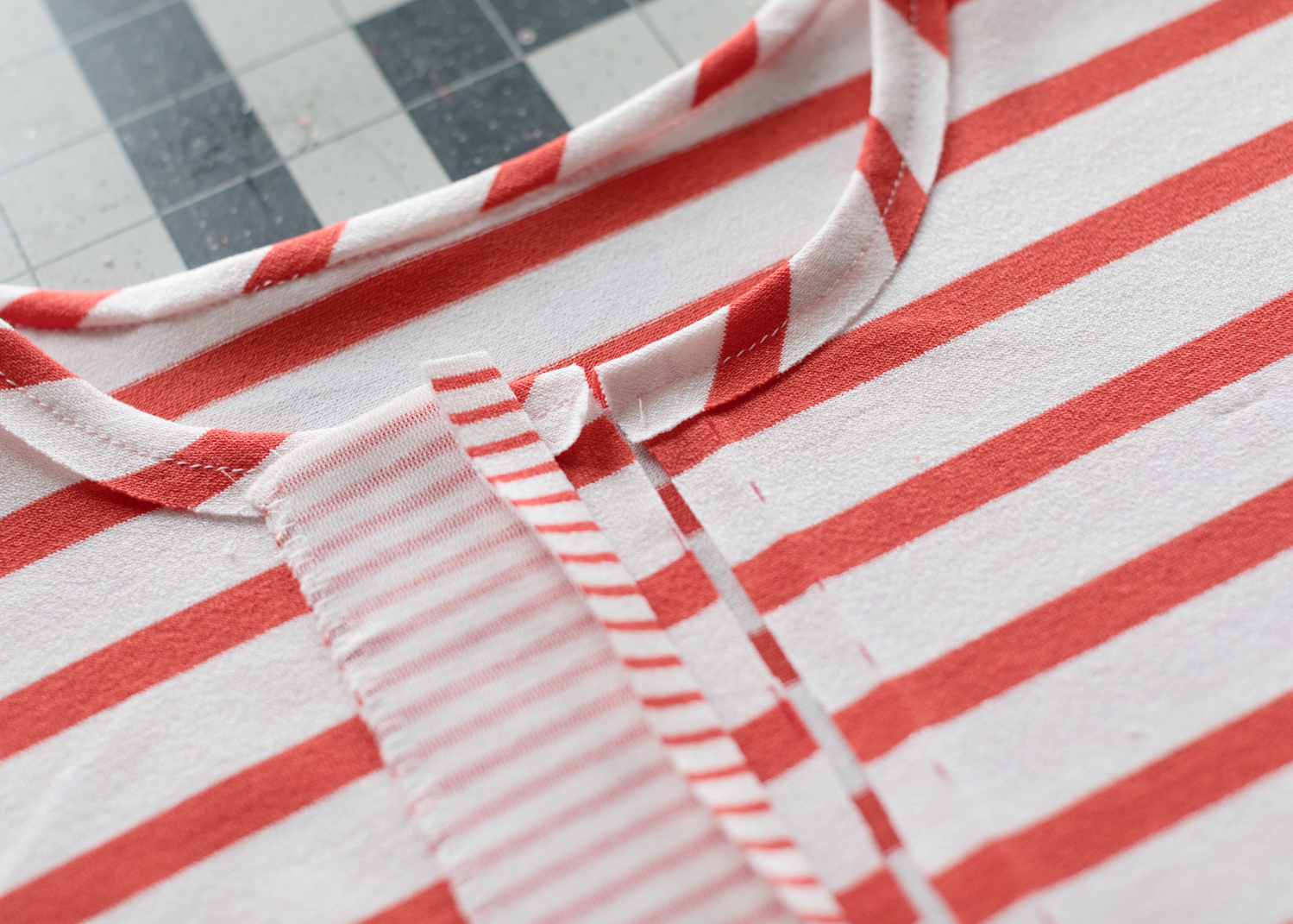 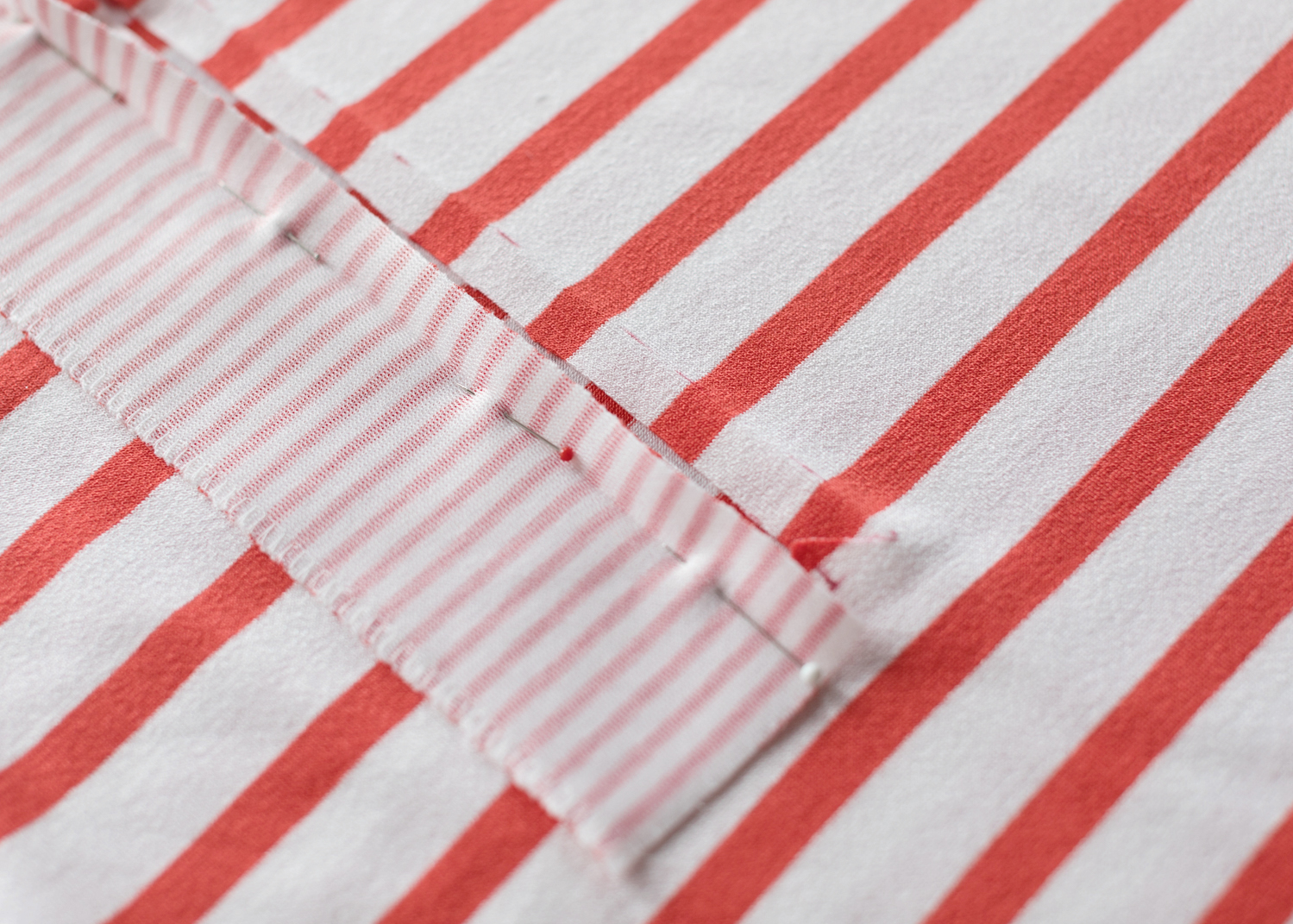 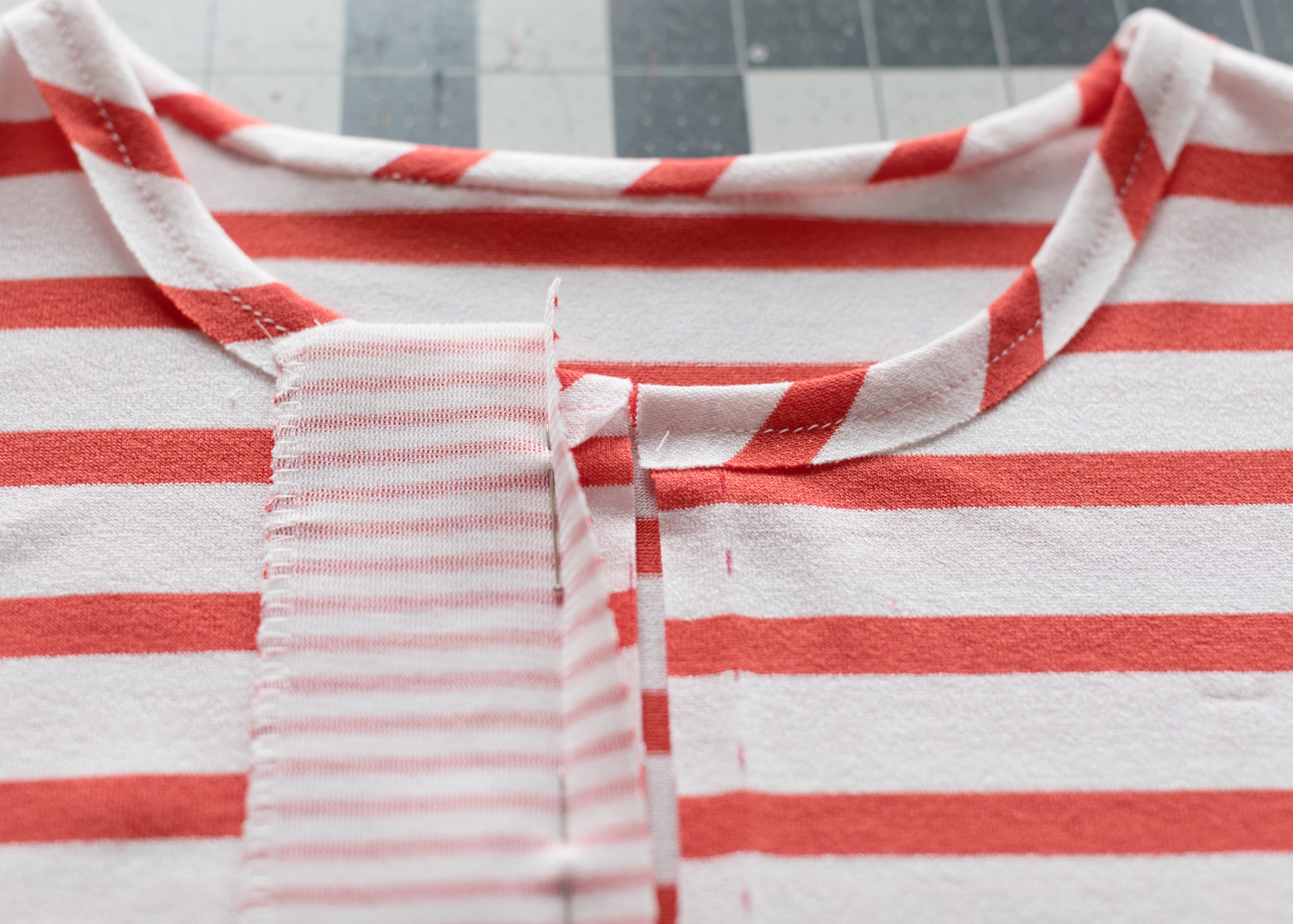 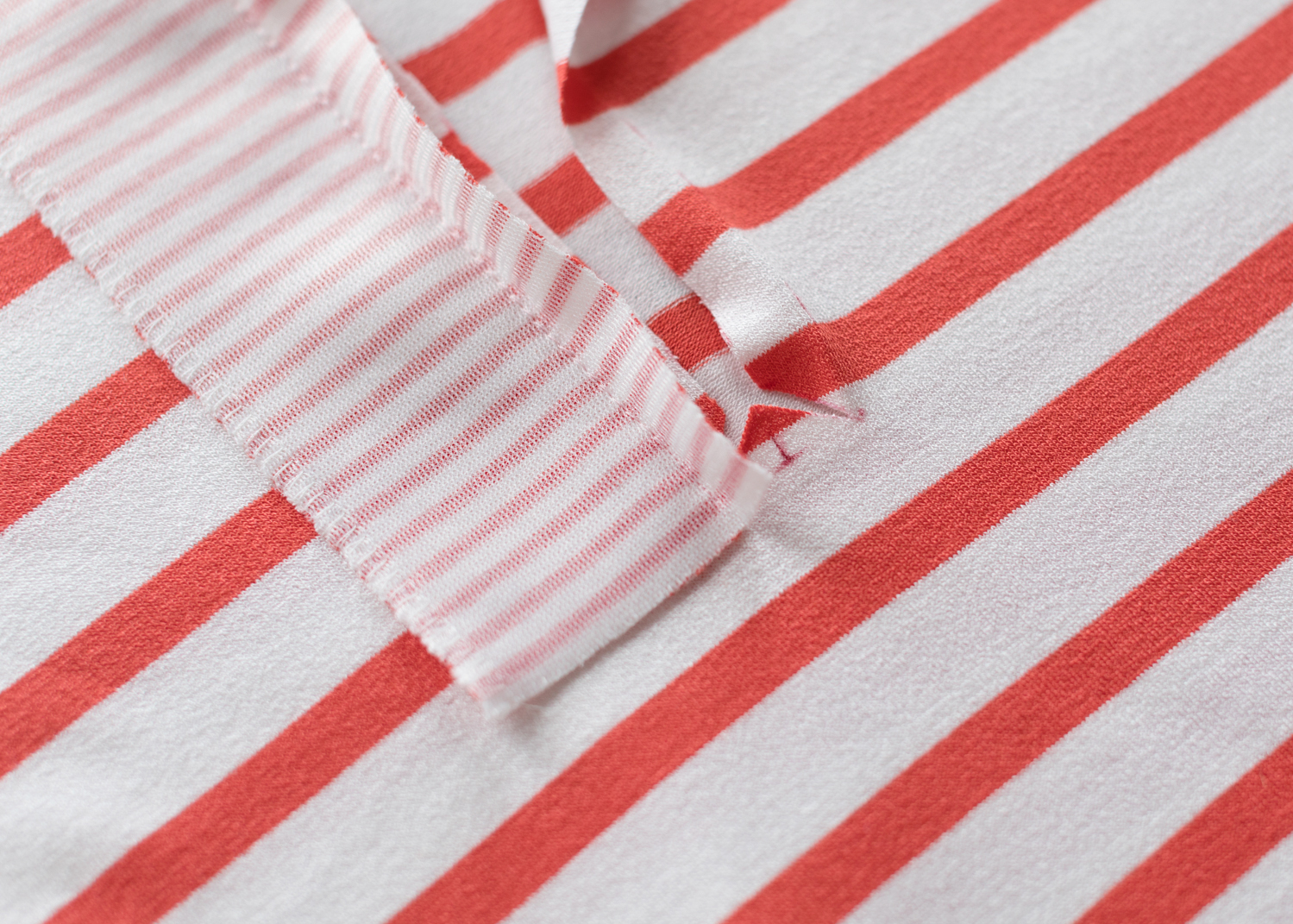 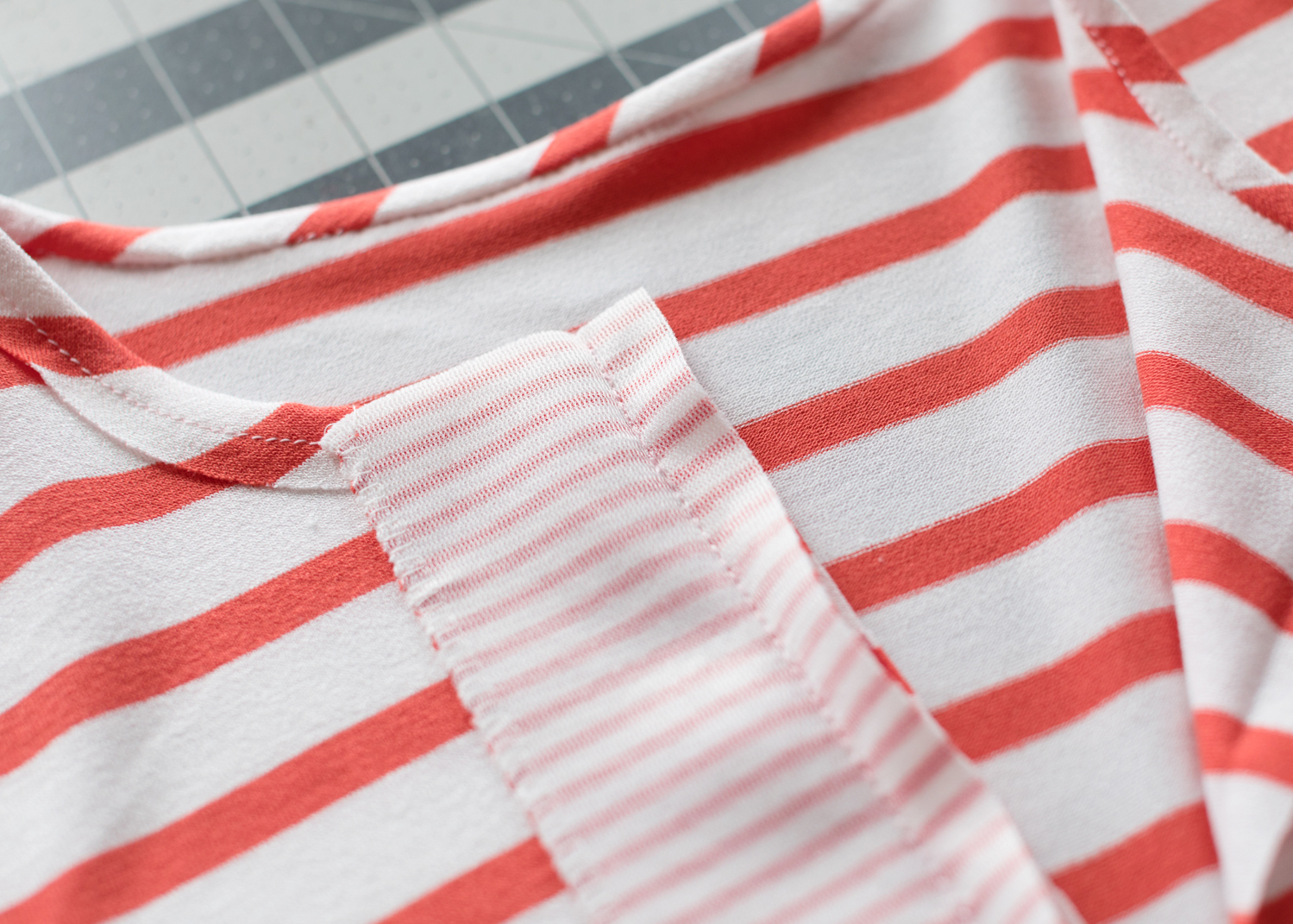 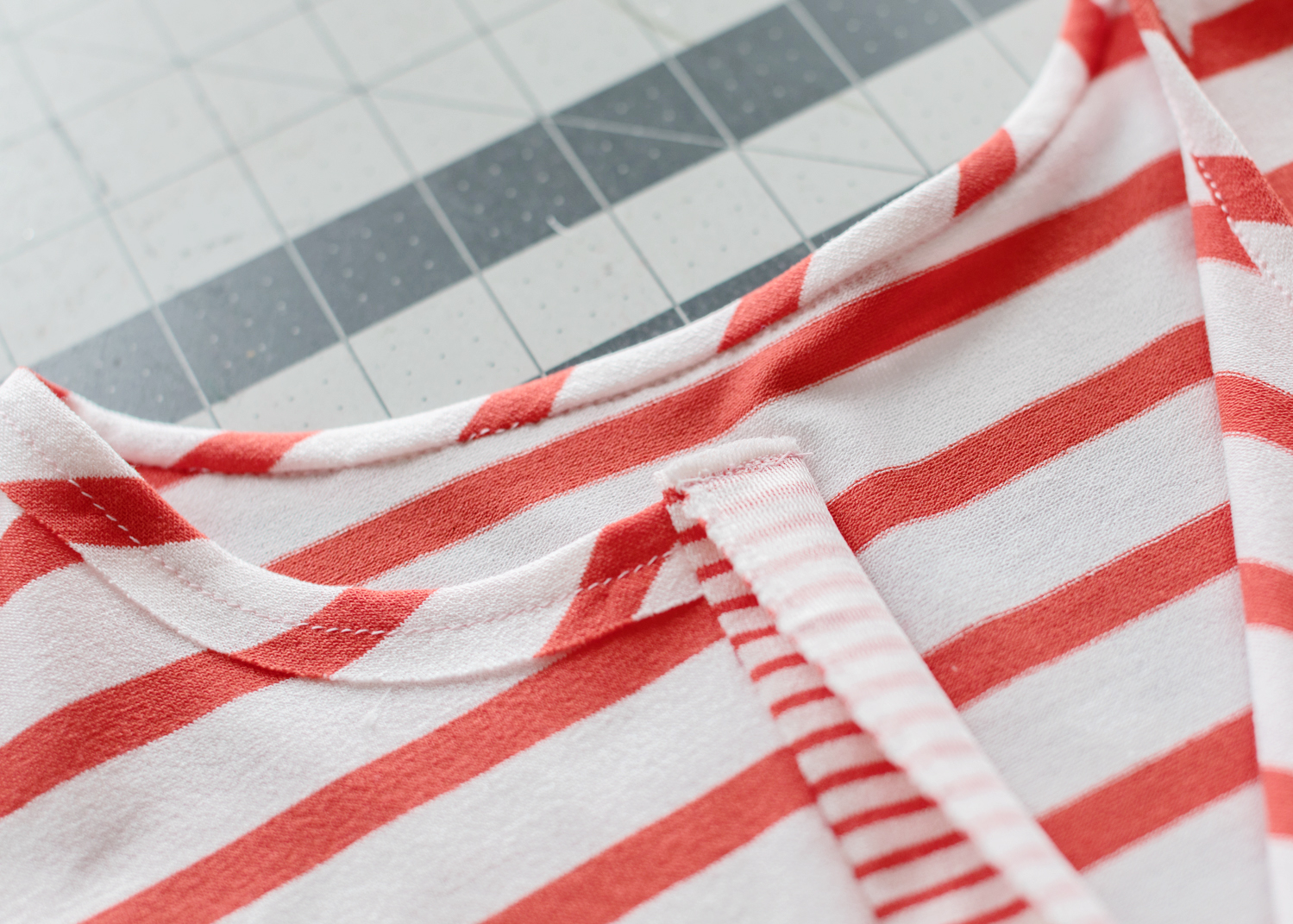 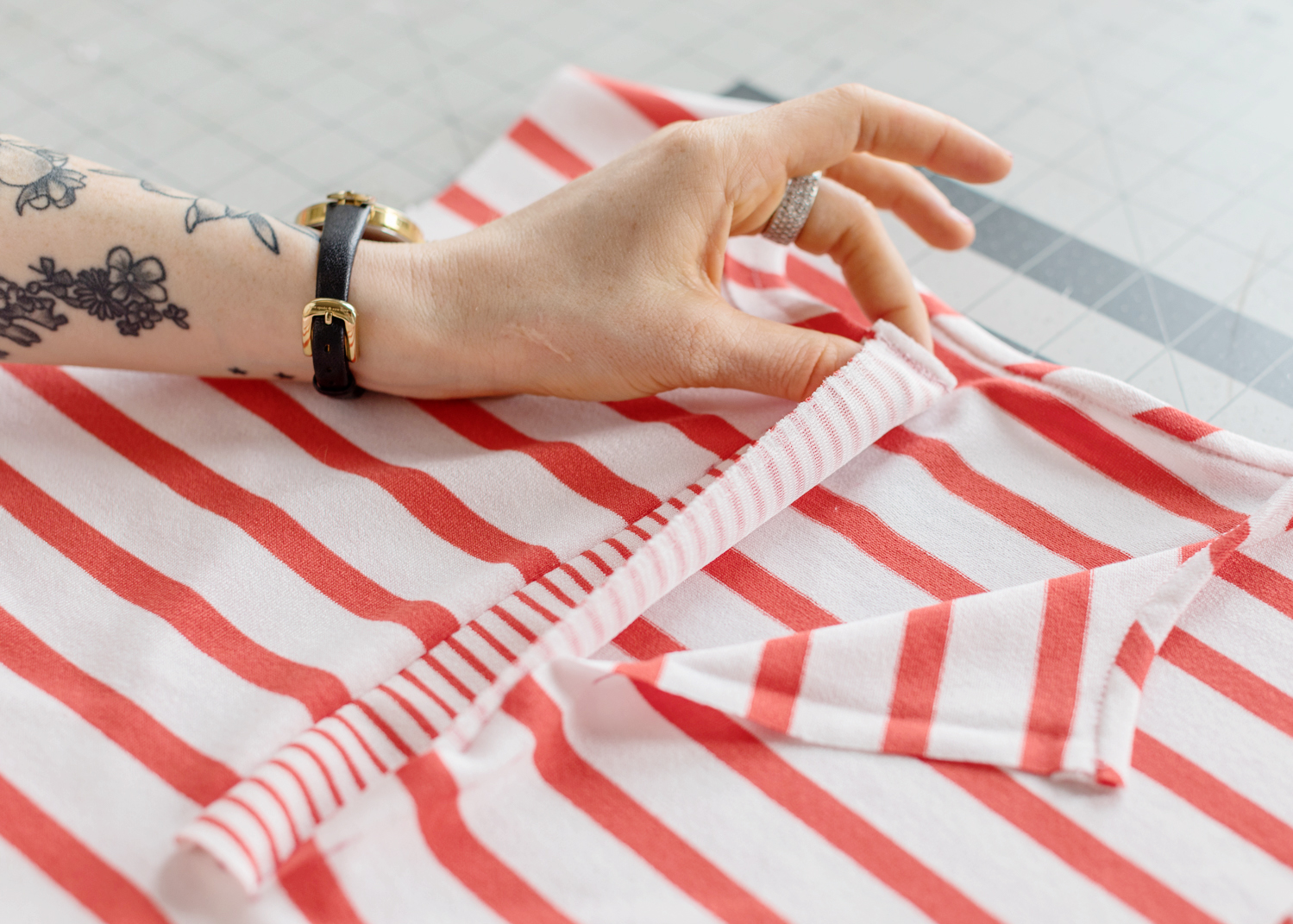 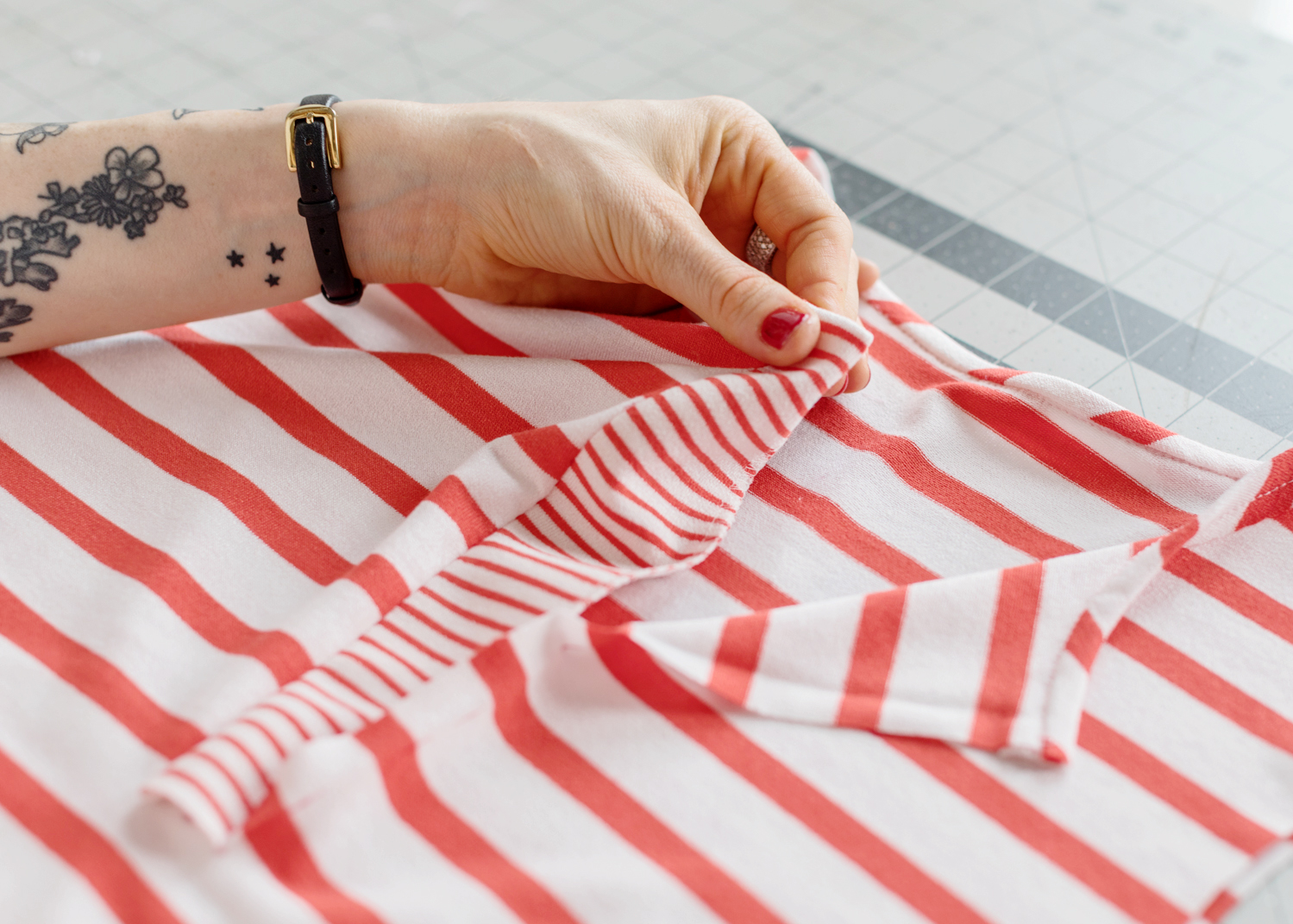 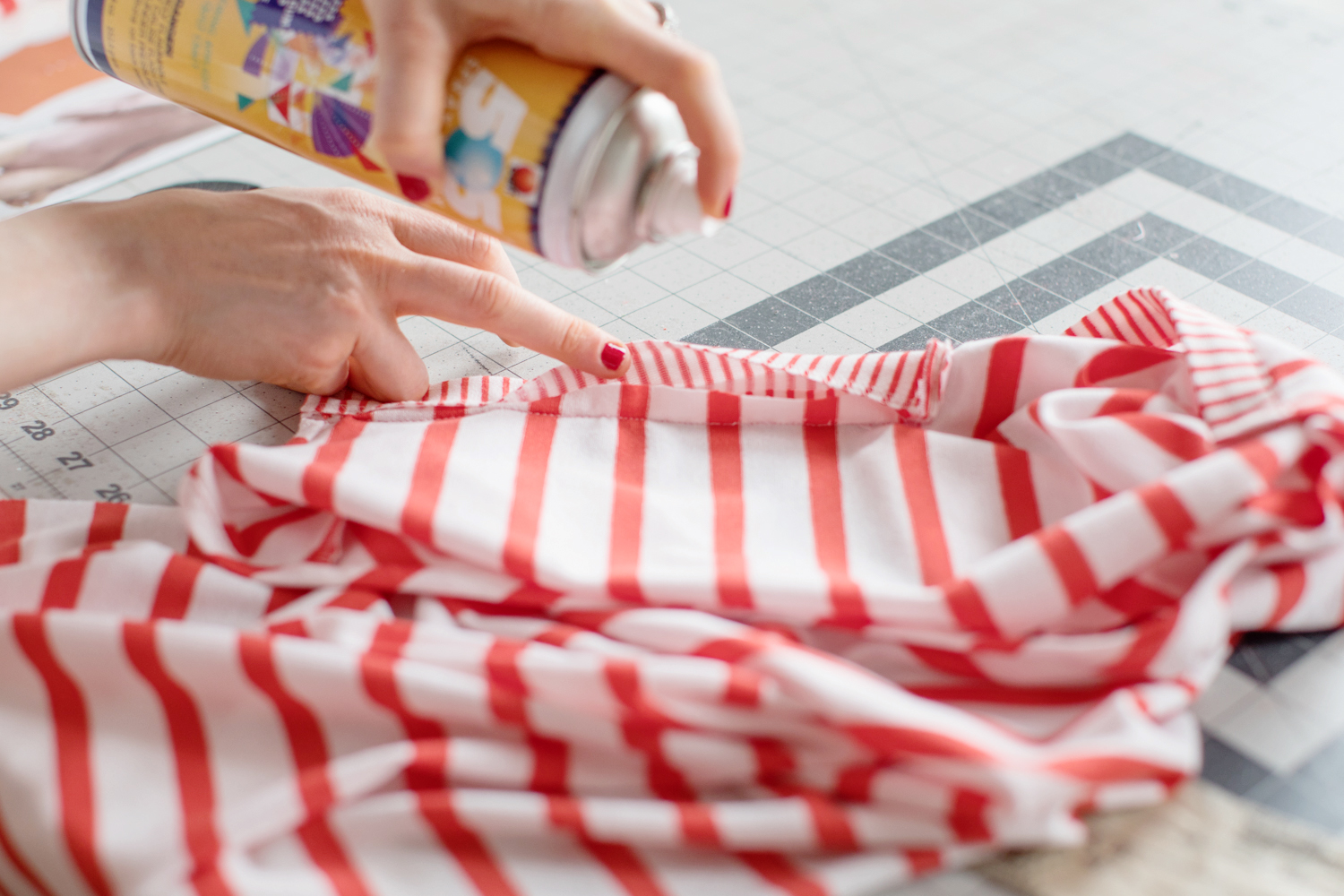 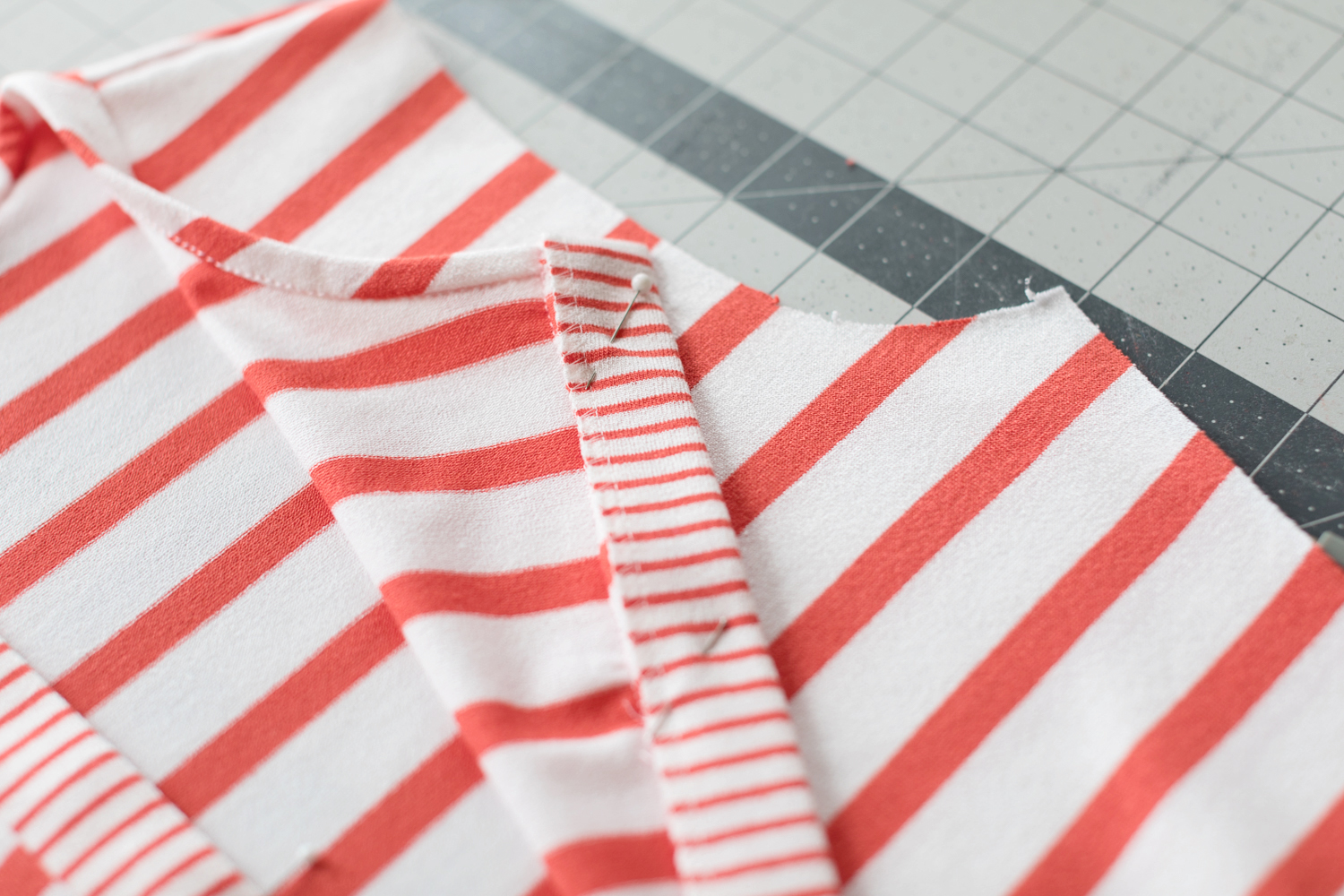 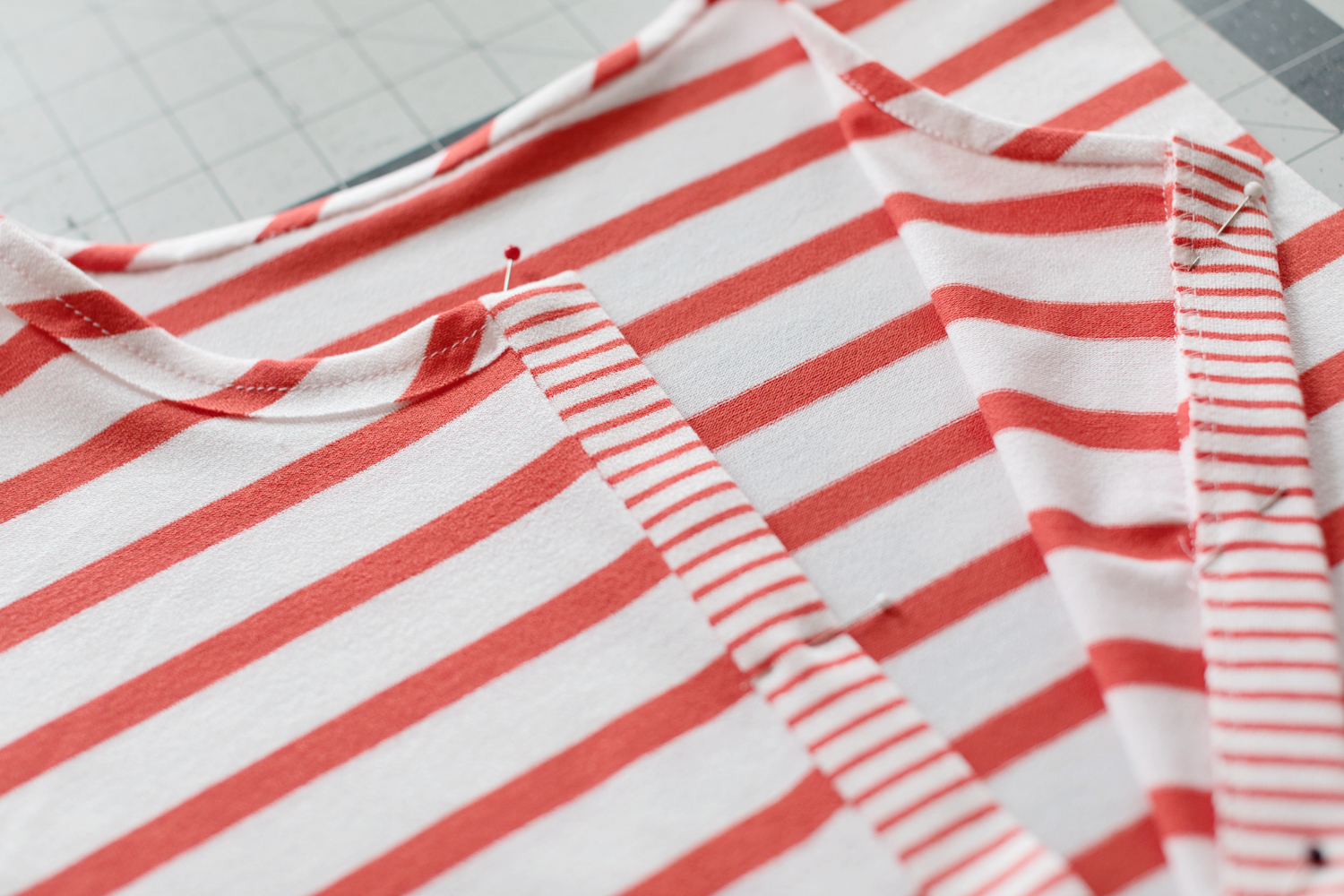 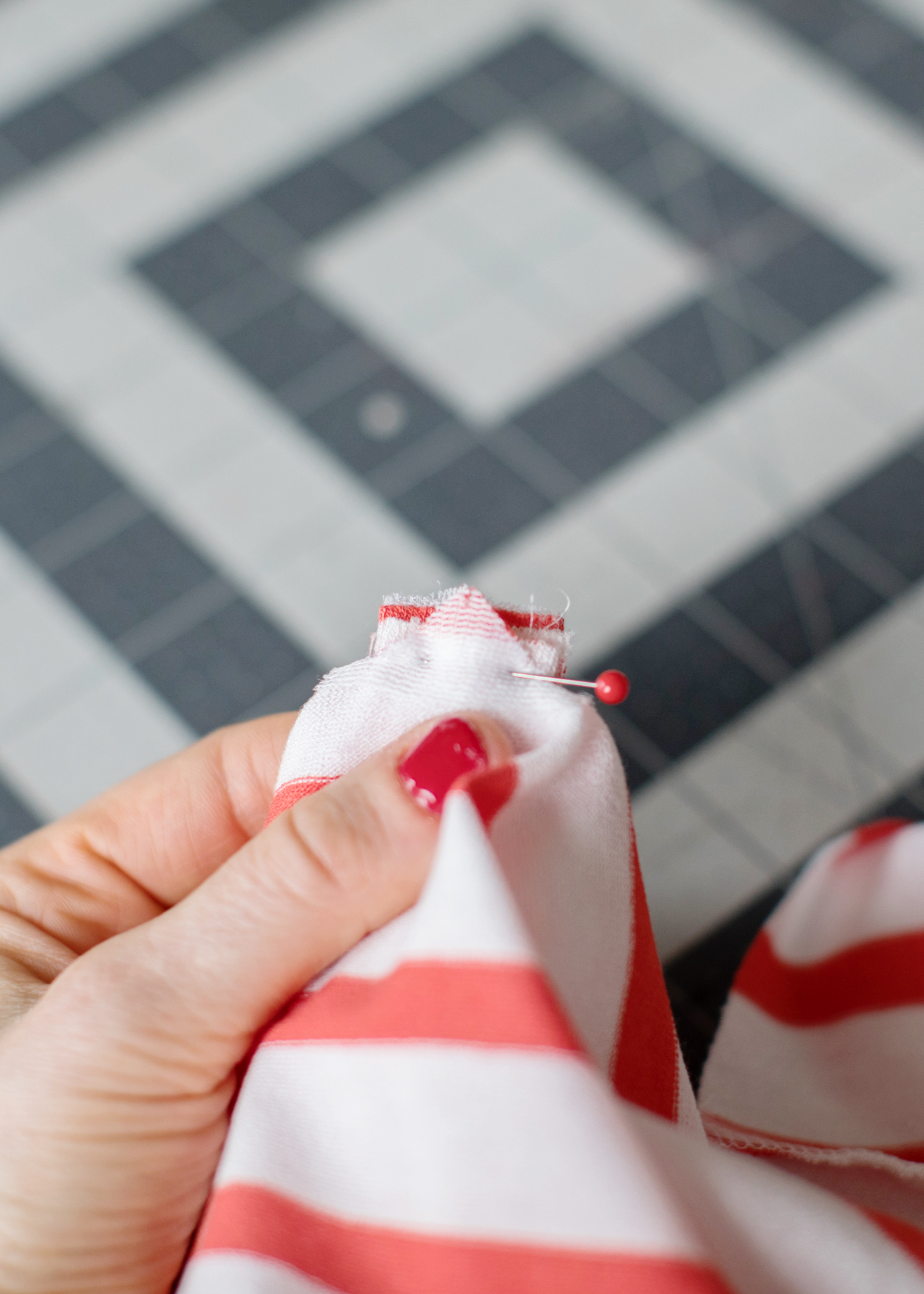 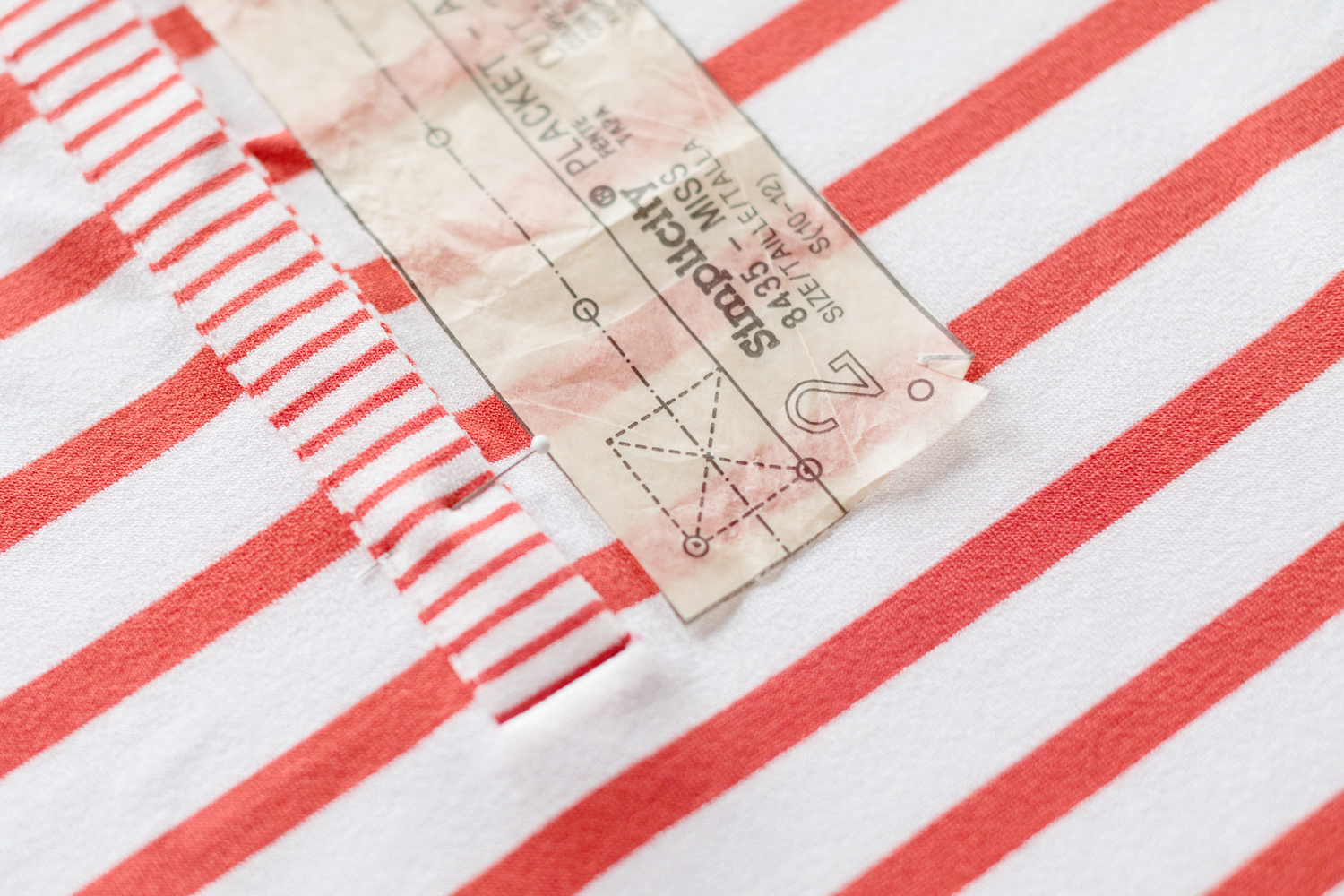 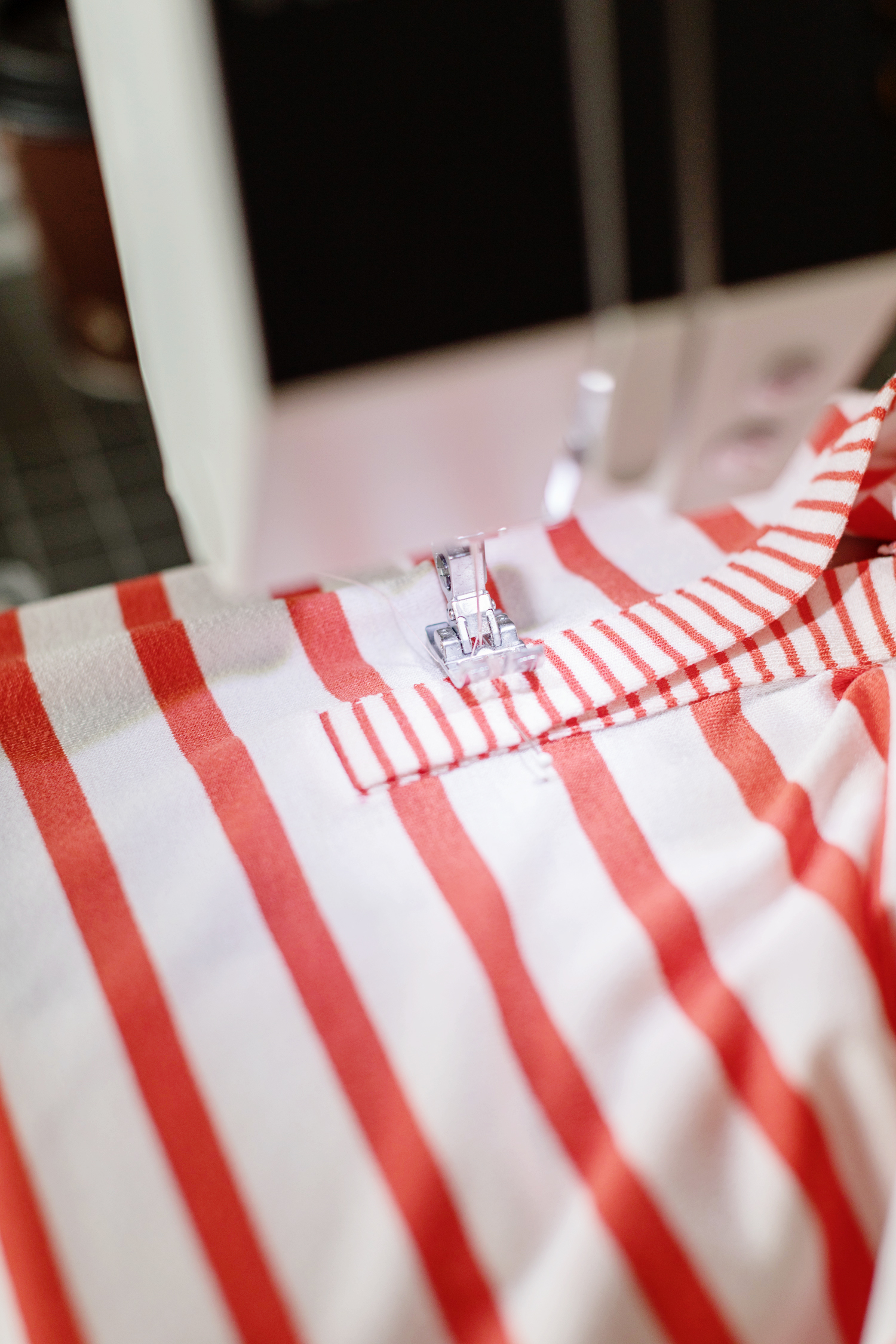 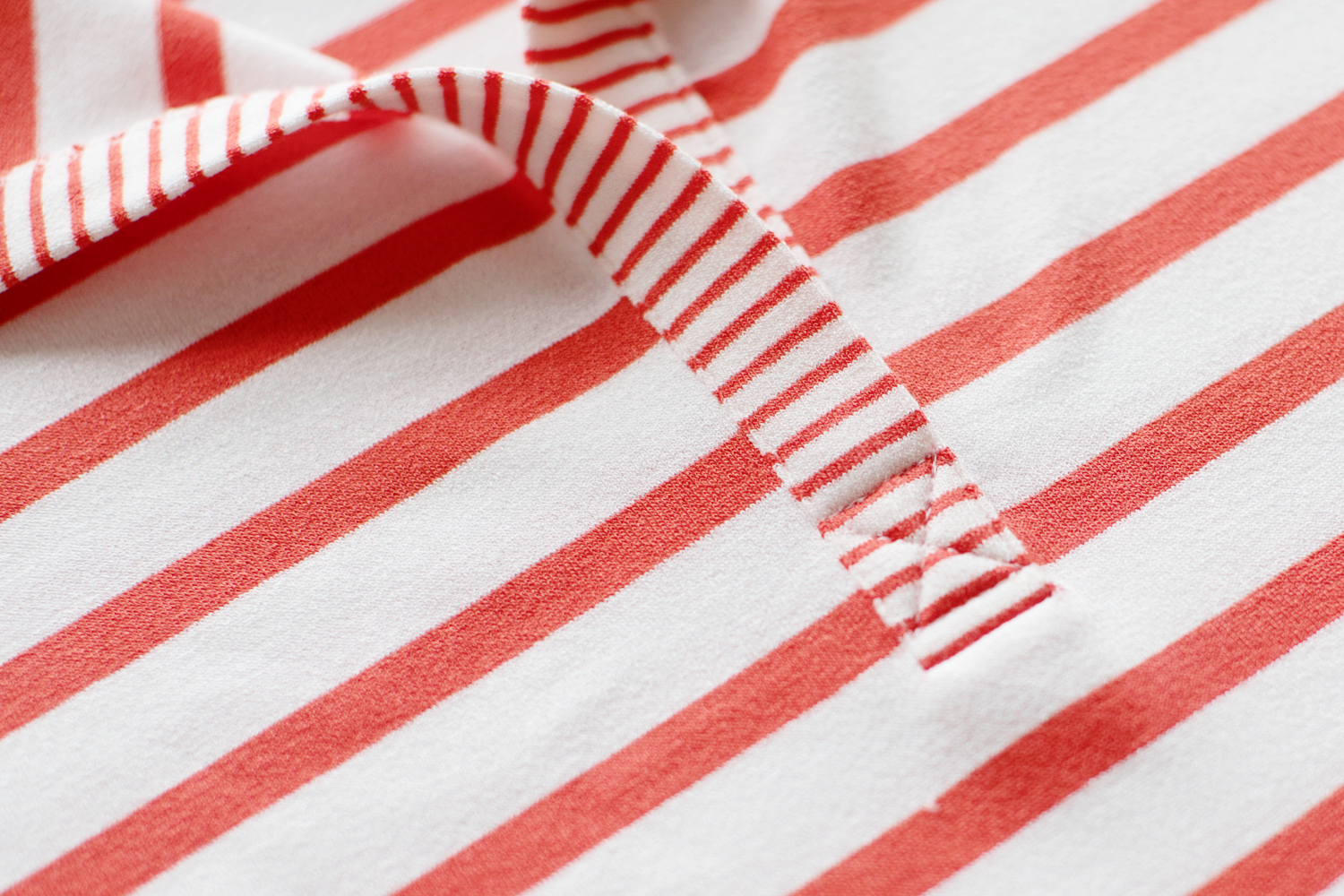 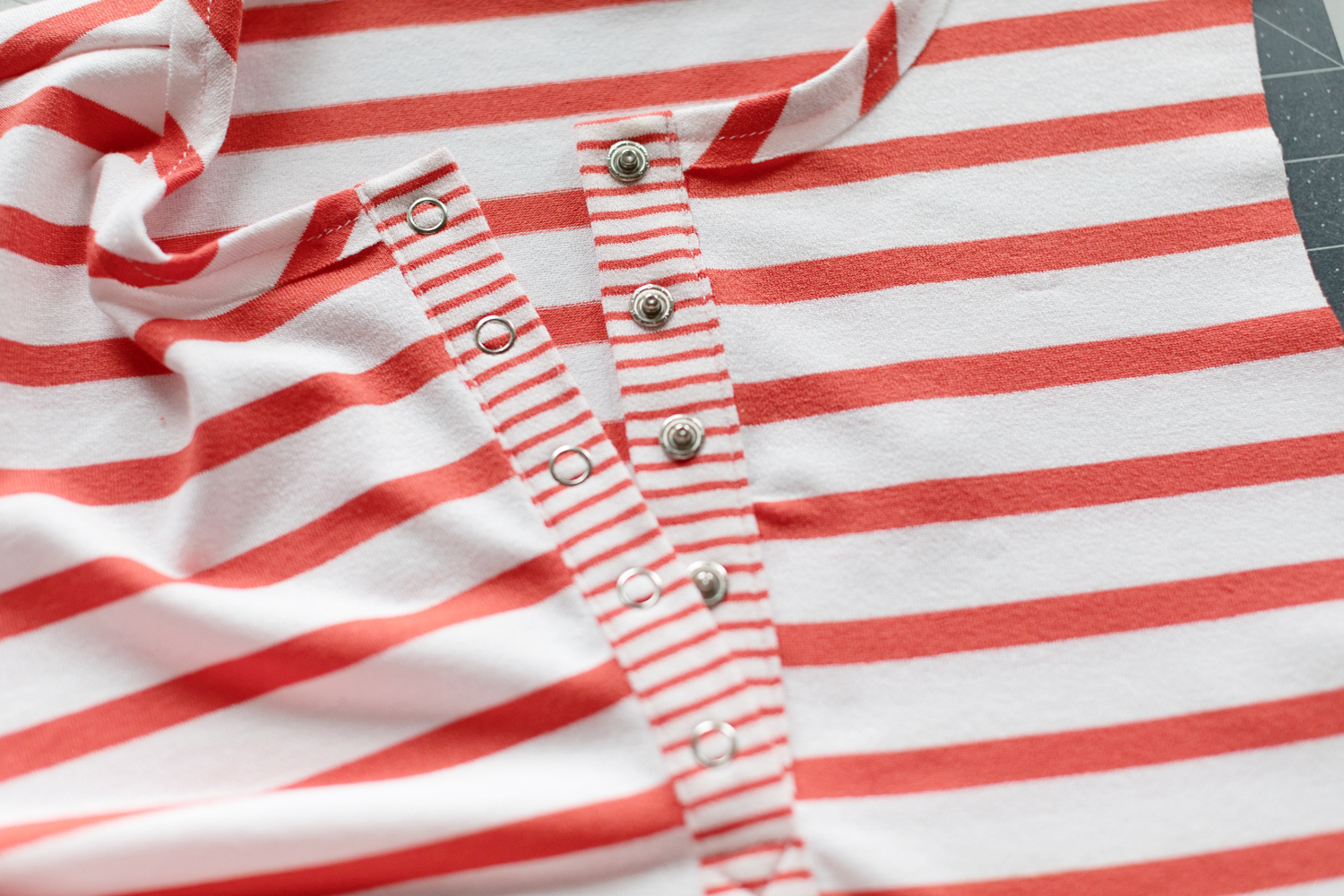