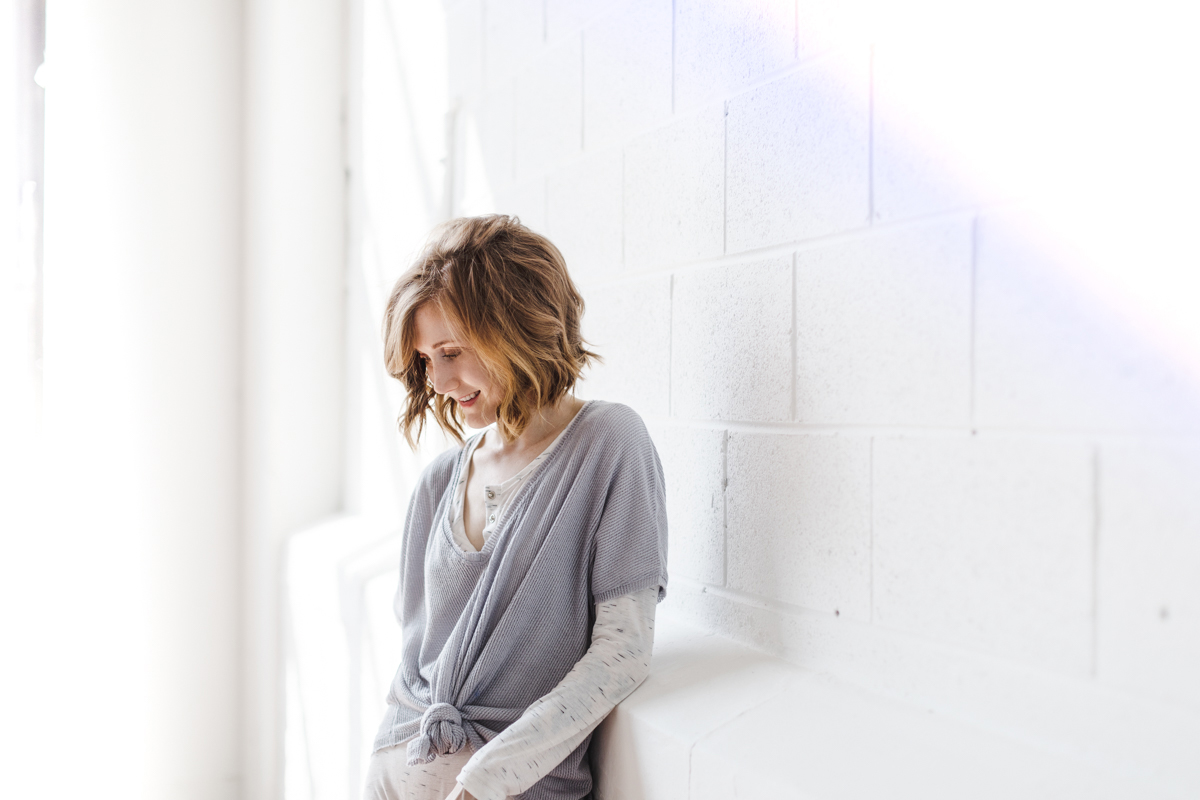 I was born in the sunniest and the warmest of all places, which is surprising considering my pale skin – Ft. Lauderdale, Florida. Growing up, I was not an artsy child. Although I stayed on top of fashion trends, I was a science nerd, taking both organic chemistry and calculus before graduating high school.

At the age of twelve, my mother was diagnosed with breast cancer. Seeking treatment, which included a mastectomy, a hysterectomy and chemotherapy, she thought she beat cancer. Then, one Monday afternoon, I came home from school and found out that her disease had come back. It had metastasized into her spine, causing it to collapse. My parents hopped onto the first plane to MD Anderson Cancer Center in Houston, Texas, and my grandparents took care of my brothers and me for the next 4 months.

She returned with 12 inch rods supporting her spine. All seemed well, but two years later, in January of my senior year, her spine gave out completely. Cancer had eaten everything. Back to Texas. Returning two months later, her beautiful, long legs and blonde hair were reduced to a wheelchair and a wig. She chose red in honor of me. She lived for six more weeks. Despite the torment the disease had on her, one thing remained unchanged until the day she died. When I told her the Friday before she passed that I loved her and it was okay to give up the fight, I could still see her spirit and courage in her green eyes. Cancer would not take those away from her. 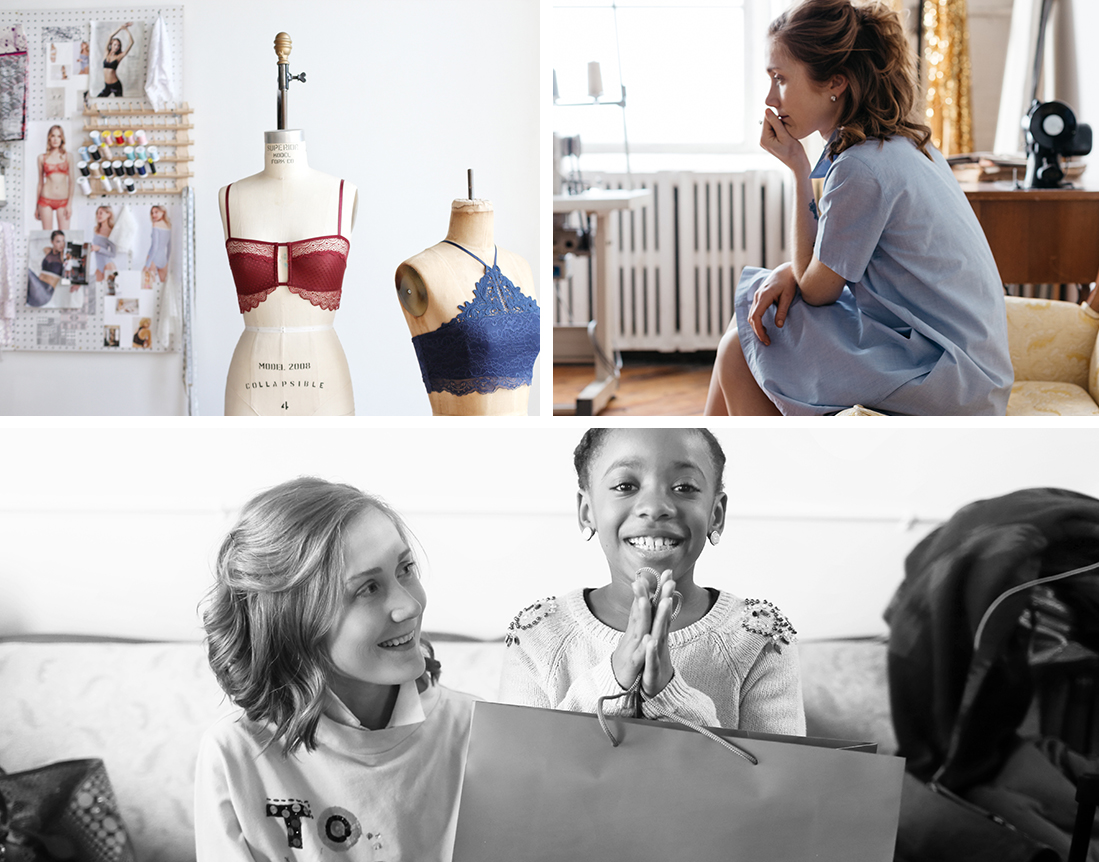 My priorities changed when I saw how cancer and chemotherapy devastated my mom’s body and took her life. It wasn’t a rapid about face, but a gradual change. I realized that life is too short and can be cruel. I decided to only surround myself with the people and the things that matter. Sewing was one of them.

I learned how to sew when I was eighteen years old. As I grow older, the moments I recall become fewer, but the memory of when I first came across a sewing machine is one I haven’t forgotten. I was a freshman at The University of Miami, and the Christmas holiday was particular long – I took my last final the first week of December and I didn’t go back until the last week of January. I wanted to do something useful with my time, but I couldn’t figure out how. On one of the first days of holiday break, I was looking for something in my mom’s linen closet when I found her old sewing machine. I decided to take up sewing. I could finally hem my jeans!

My priorities changed when I saw how cancer and chemotherapy devastated my mom’s body and took her life. It wasn’t a rapid about face, but a gradual change. I realized that life is too short and can be cruel. I decided to only surround myself with the people and the things that matter. Sewing was one of them.

There was a neighborhood tailor, Myshka, who had a reputation for being absolutely nuts. Like a mad scientist. I went to her for lessons, and one lesson turned into a 2 1/2 year apprenticeship with a woman who worked for Christina Dior. 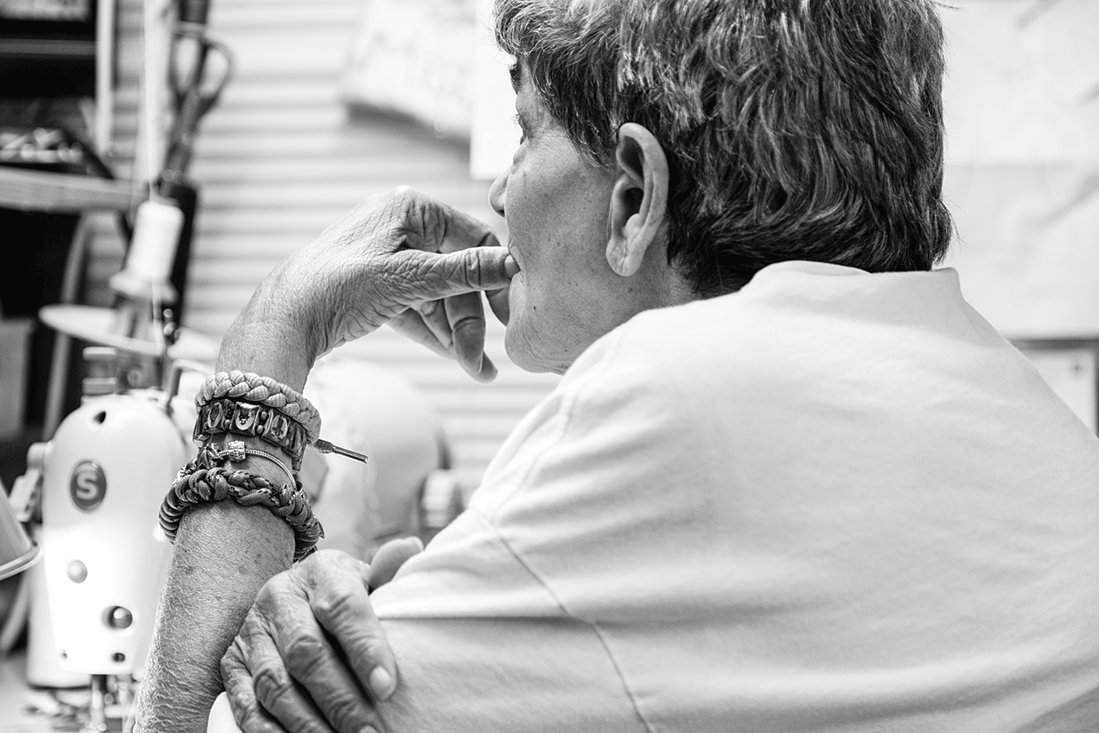 I later enrolled at The Savannah College of Art and Design (SCAD), studying fashion design, but transferred a year later to Johnson and Wales in North Miami when they offered me a full scholarship for fashion merchandising and retail marketing. In order to graduate, students must complete an externship. Dreaming big, I applied to Urban Outfitters for a position in technical design. I think my mom was watching over me because I was offered the spot. I started off as an intern, but soon after became full time. Throughout the 2 ½ years I was in the department, I always maintained this blog, Madalynne. When the company started an internal website, they asked if I would be interested. I was hesitant at first, because I wouldn’t be in the design world, but I took the position. For 4 1/2 years, I handle internal and corporate communications and was the resident photographer, in-house graphic designer and blogger for URBN, which comprises the brands Anthropologie, Free People, Urban Outfitters, Terrain and BHLDN. I consider myself one of the luckiest people to have had that experience. It was a dream job!

2016 marked my biggest accomplishments. In April, Urban Outfitters released an exclusive collection of Madalynne Intimates – available online and in 50 stores – with one style selling out in a few weeks. A few months later, in August, I teamed up with Simplicity to release two exclusive lingerie patterns. In September, Urban Outfitters launched a second exclusive Madalynne collection, and I partnered with PFAFF to become their brand ambassador. Ending the year on a high note, I produced my own line of intimates and taught 10 sold out Bra Making Workshops, one of which was in London!

My overarching vision is to provide women with feminine lingerie that is equally beautiful as it is functional, whether that be through sewing their own or buying from the market. 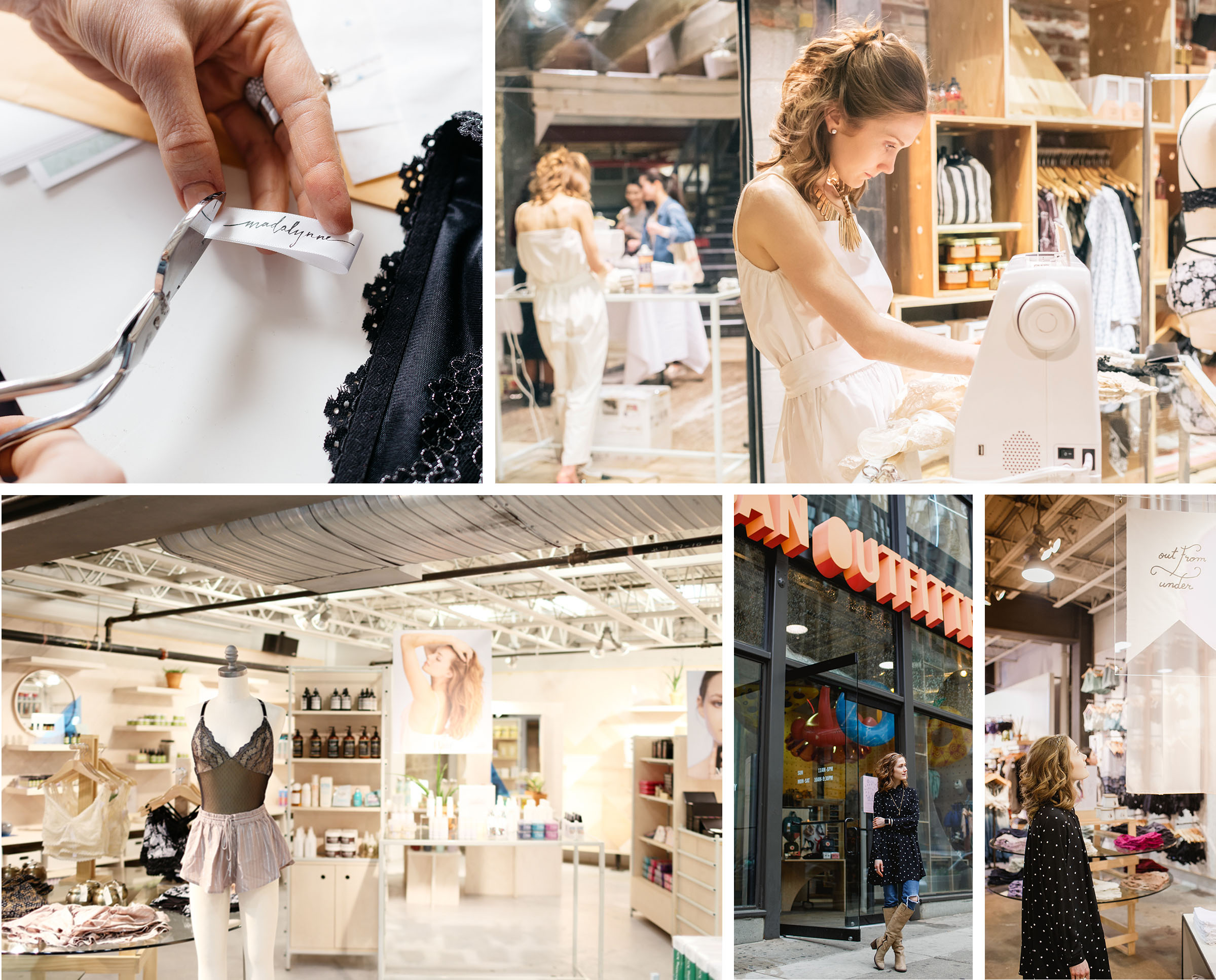 WHAT KIND OF SEWING MACHINE DO YOU USE? I own and use a PFAFF 2.0 Passport, creative icon™, ambition essential™, quilt expression 4.2™ and a Coverlock 4.0 machine. These are the machines I use personally and at Madalynne Studios.

WHAT DO YOU WANT TO BE WHEN YOU GROW UP? I want to be like the Lost Boys and never grow up.

DO YOU CONSIDER YOURSELF A PRACTICAL PERSON OR A DREAMER? A dreamer. Practical people work at Wendy’s; they miss the potential. Bill Clinton was from Arkansas and grew up in a trailer. He got the idea to become president after visiting JFK in the White House. Dream big; succeed big.

WHERE DO YOU THINK HAPPINESS COMES FROM? Happiness comes from imaging the future and then creating it. The constant striving towards achieving a goal. It’s not the practice of it because once a goal is achieved, it’s not as fun or rewarding as when you were pursuing it.

WHAT IS YOUR FAVORITE SONG? I have two. The first one is “Somewhere Over the Rainbow.” It never gets old. Shortly before my mom passed away, she started singing it and said that was where she was going. It reminds me of the past. The second is “Baby It’s Cold Outside” because it symbolizes Christmas, being with my family and the joy of giving to others. It reminds me of the future.

WHAT IS YOUR GREATEST FEAR? Mortality. Because my mother died at a young age of 53, I fear that I will have the same future.

WHAT DRAWS YOU TO OLD AND ANTIQUE FORMS? Except for the speed of communication, medicine and electricity, everything is recycled. DaVinci knew how to fly, the Egyptians wore make up and the Chinese made beautiful silks thousands of years ago. Most things are remade; very little is new. So, the future is in the past.

WHERE IS YOUR ‘HAPPY PLACE’? Some say happiness is nothing more than a bad memory. Forget what happened to you yesterday; happiness is in the future. On your deathbed, happiness is believing in eternal salvation.

WHAT IS THE SIMPLEST PLEASURE IN LIFE? Hand sewing.