Sewing lingerie intimidates most sewists. I can usually ease them into it by starting with a bralette or a panty. That way he or she can tippy toe into the world of stretch fabrics, picot elastic, hooks and eyes without getting overwhelmed with sewing underwires, bra channeling and all other more advanced lingerie sewing skills. Just like sewing picot elastic or fold over elastic, sewing underwire bra channeling is not hard. It’s just something you’re not familiar with or doing. You don’t need a fancy presser foot, special thread or machine. In today’s post, I’m going to walk you through the steps to sewing underwire bra channeling on the Madalynne X Simplicity 8624. The great thing about bra making is that many skills are universal, so you could apply the method below to other underwire bra patterns, including the Madalynne X Simplicity 8229.

Is there an alternative to underwire channeling? I have not heard of one, but if you have, please put in the comments below!

First, position your bra under the machine so that the seam allowance of the wire seam line are facing one direction and the cups/cradle/ are in the other direction.

Then lay the channeling on top with plush side face up. The channeling should extend beyond the wire seam line 1/8″. You are going to stitch it down with a straight stitch so that your stitches are directly on top of the wire seam. Why? Because if your stitches are not directly on top, then you will change the the position of where the underwire sits on your chest wall. Underwire bra patterns are drafted according to the underwire, so you don’t want to change this, even if it’s just 1/8″. Also, make sure that you’re not sewing through the bra – just the seam allowances!

Usually, you will stitch the underwire from the center front to 3/4″ below the underarm. Why? This will allow you to sew picot elastic here.

After, you will flip the channeling either inside or outside the bra cups. Which way will depend on whether you are sewing a partial band or full band bra.

When you flip it, you will then stitch the channeling down and through all layers 1/8″ from the wire seam line and then again 3/8″ away – both with a straight stitch. If you’re not a fan of topstitching, you can just do 3/8″ or even have a “floating” channeling, where the channeling is not sewn down but stitched close at the center front and underarm after the underwire has been inserted. This Madalynne X Simplicity 8229 DIY kit features a floating channeling. 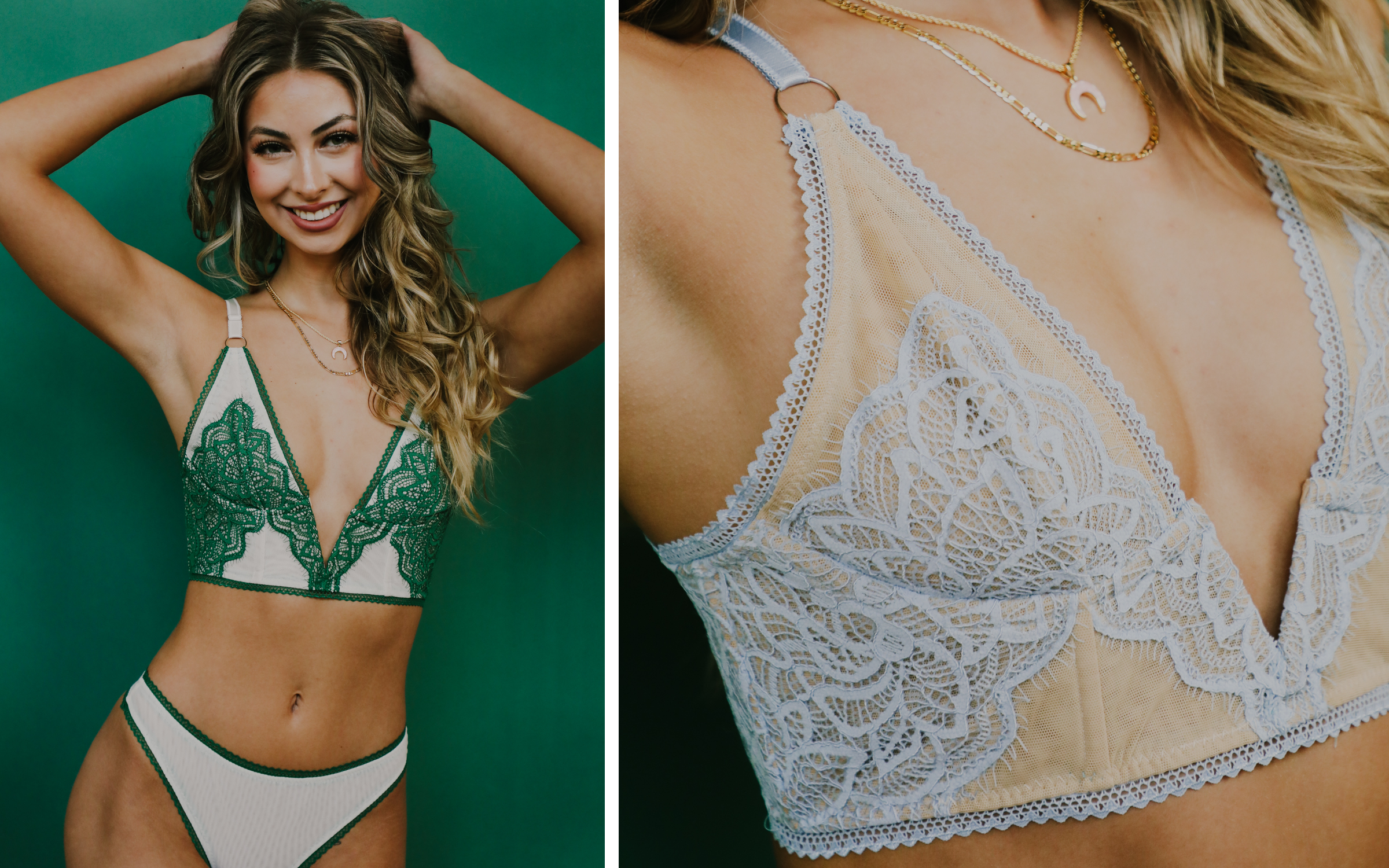 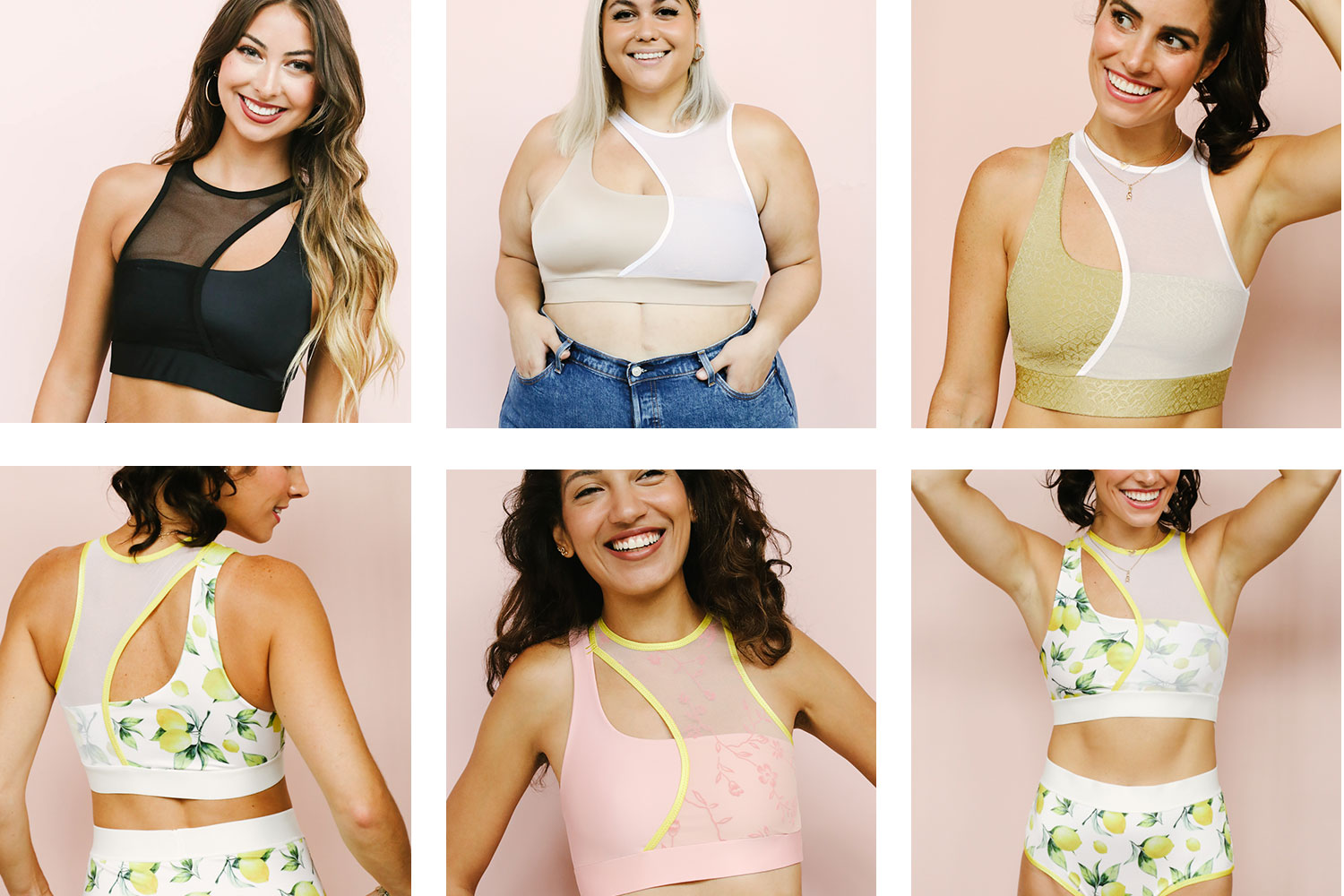 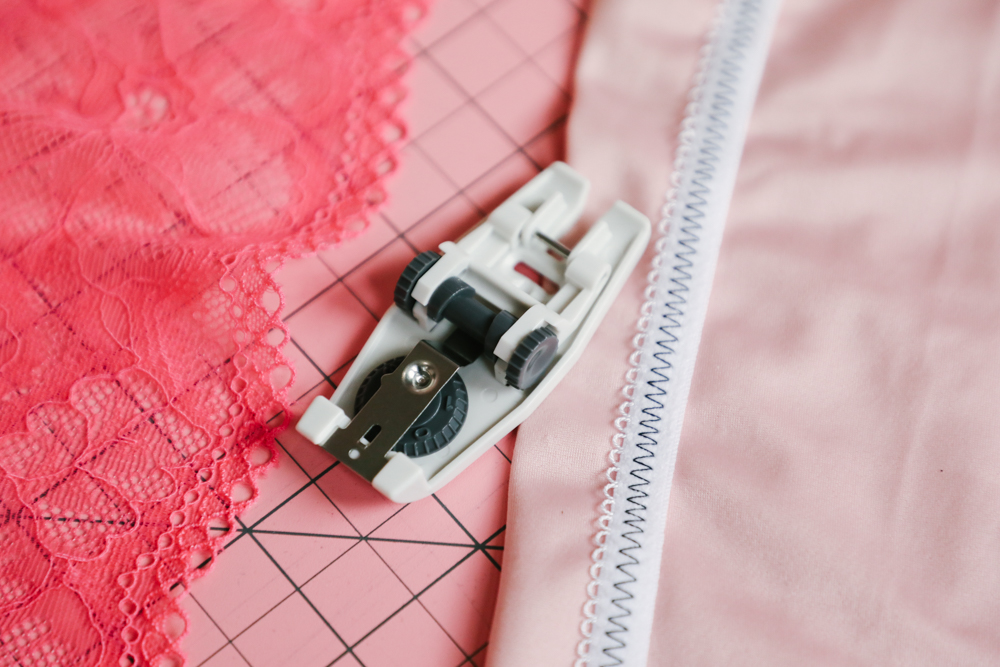