Book Review: How to Become a Lingerie Designer by Laurie Van Jonsson

Book Review: How to Become a Lingerie Designer by Laurie Van Jonsson 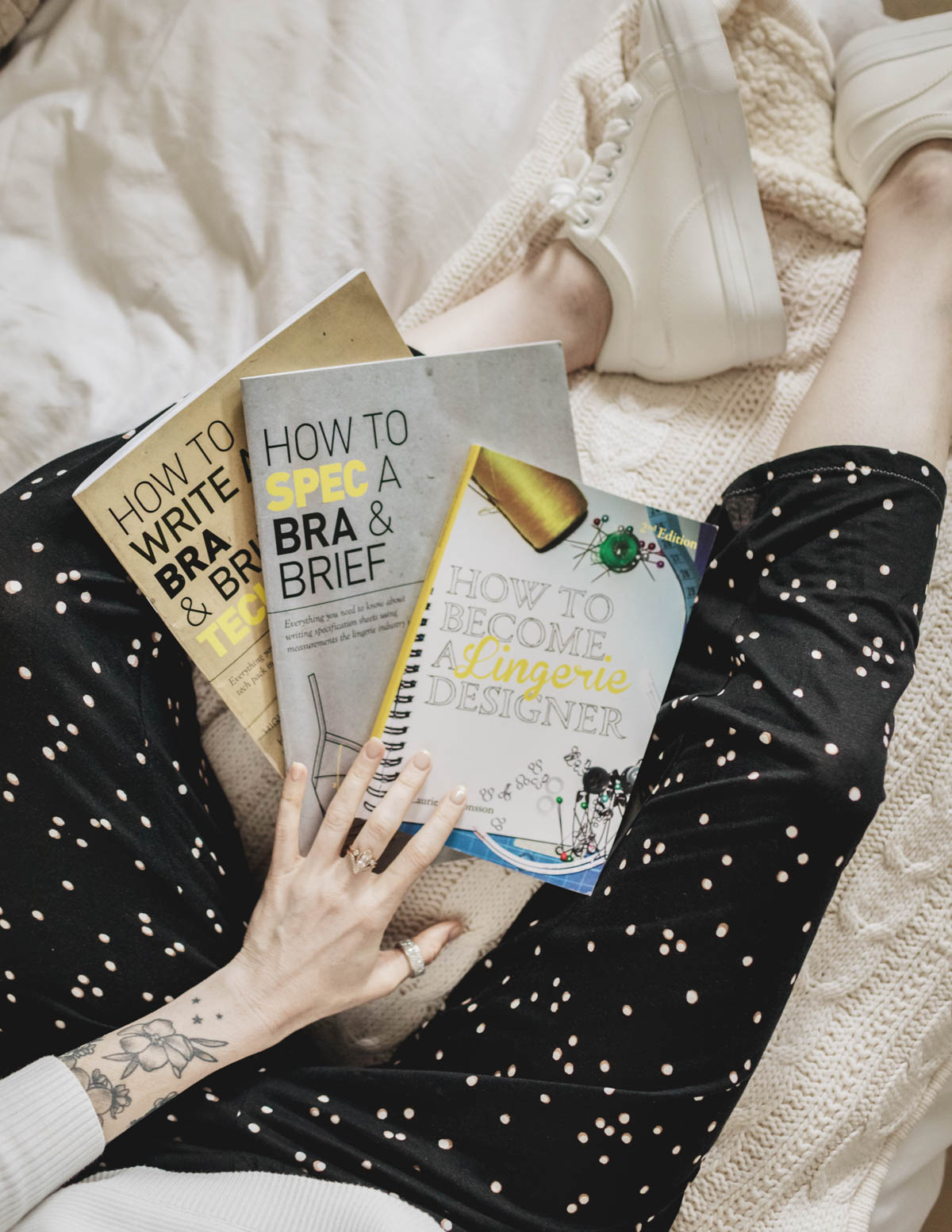 The thought of becoming a designer can be daunting. At least it was for me when I left corporate to pursue Madalynne. All the aspects of running a successful clothing line, from finding inspiration to putting together tech packs and sourcing manufacturers. Where did I or you begin? I was fortunate in that I had many contacts from working for a large retailer that when I made the leap to entrepreneur, I knew what to do. Sort of. I don’t think anyone can be fully prepared.

I recently discovered Laurie Van Jonsson. She is the owner of Vanjo, a successful lingerie lined based in the UK. Before starting her line, she, like me, worked many years for other brands. Also just like me, she felt that the inner workings of the fashion world, especially the lingerie industry, were and still are closely guarded. Why? I still don’t know and I try to break the standard by helping and sharing information with others. Another designer might produce their line in the same factory, but they can’t do me like me. That’s my motto.

On the plane ride out to San Francisco to film 3 classes with Creativebug, I read 3 of her books, all of which can be purchased here – “How to Spec A Bra & Brief”, “How to Write a Bra & Brief Tech Pack” and “How to Become a Lingerie Designer”. I’m not a fast reader, but I was able to get though them in 1 flight. That doesn’t mean it was a light read. It had a ton of information. So much, that I wanted to share what I liked most about the book:

Just like Jonsson, I won’t get into too much detail. It’s a great read that would be an investment to your company. I’m keeping a copy of each book at my studio for the students at my workshops and 1-on-1 lessons to scope out.

The books are available on Jonsson’s website, but I got my copies from B.Wear.