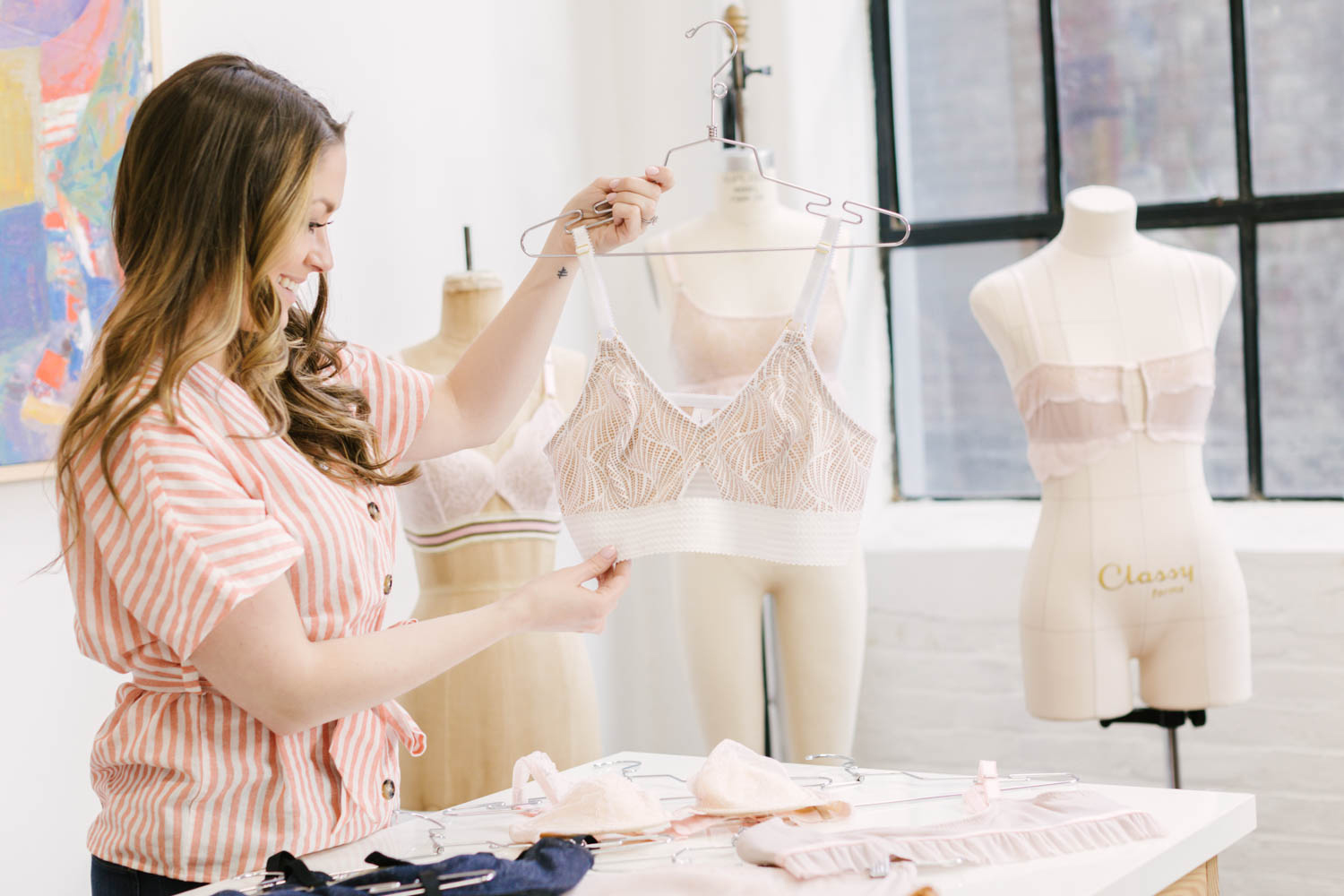 I met Alisa Kahn, a local Philly lifestyle blogger exactly two years ago. It was Super Bowl Sunday and I was at a non-football related event. Alisa attended with some other Philly bloggers and a few minutes in, Alisa and I were chatting it up. What started out as a quick chat turned into a collaboration, which turned into a friendship. It was about a year after I met Alisa that we discovered her sister-in-law was a regular customer of Madalynne.

CUSTOM LINGERIE USING MEASUREMENTS, NOT THE SIDE YOU “NORMALLY WEAR”

Alisa doesn’t sew, but loves the Madalynne’s DIY lingerie kits. So, she decided to do a custom bra fitting and lingerie piece. She met me at the studio, and first thing was to measure. The thing with lingerie is, there is no standardization of sizing between brands, so the size you “normally wear” could mean many things. It is best to know measurements from the get-go. If you’re not local and cannot come to the studio, a virtual bra fitting is an option.

Alisa is full-busted, meaning she has a large cup, small ribcage (click here to read more), so she wanted to try on styles. The first one was the Barrett bralette and then the Maris. The Barrett fit like a glove while the Maris was a better fit without the front closure.

While she was trying on the styles, we talked through her daily routine – where she works, what she normally wears, etc. – because  all of this could effect the lingerie she chooses. Alisa loved the Barrett, but was very surprised by the Tabitha. She wasn’t sure if the plunging neckline would be too much, or might cause spillage. After wearing the Maris for a bit around the studio, she became less worried and decided it would be okay.

Because she’s a blogger, she was up for a quick, fun photo shoot showing off some Madalynne goodies. Even though she considers herself a “blogger”, she is an every day, incredibly nice gal. I choose to partner with these type of women when photographing Madalynne Intimates because when I think of the Madalynne woman – that is it. Fun, feminine, and everyday.

Thank you Alisa for being so pleasant to work with as well as being so supportive or a small, albeit growing, Philly biz. 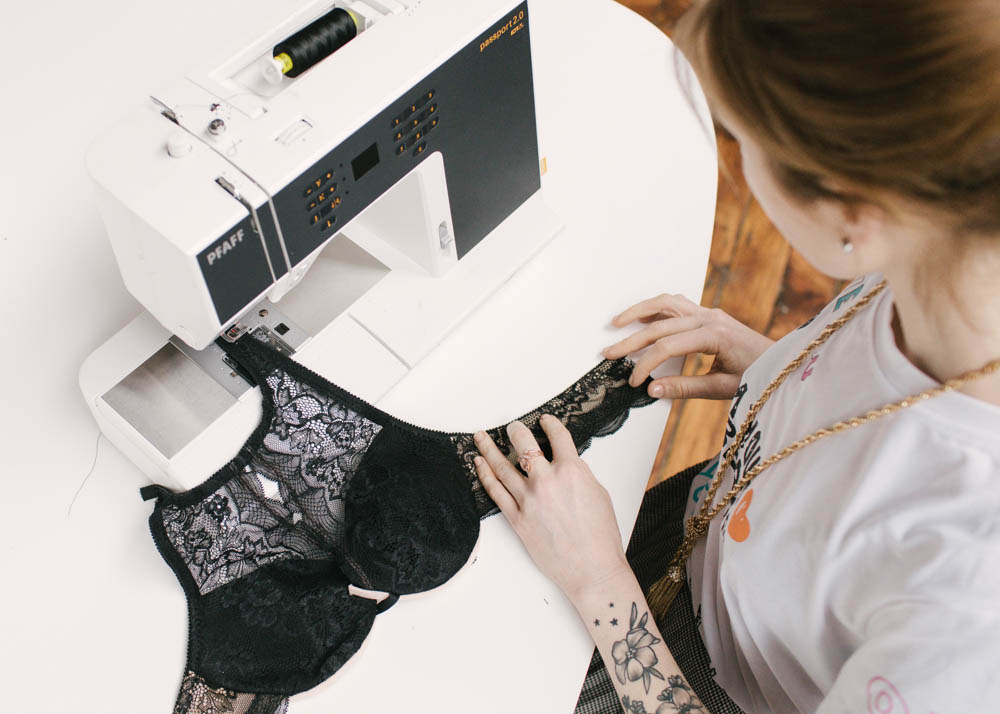