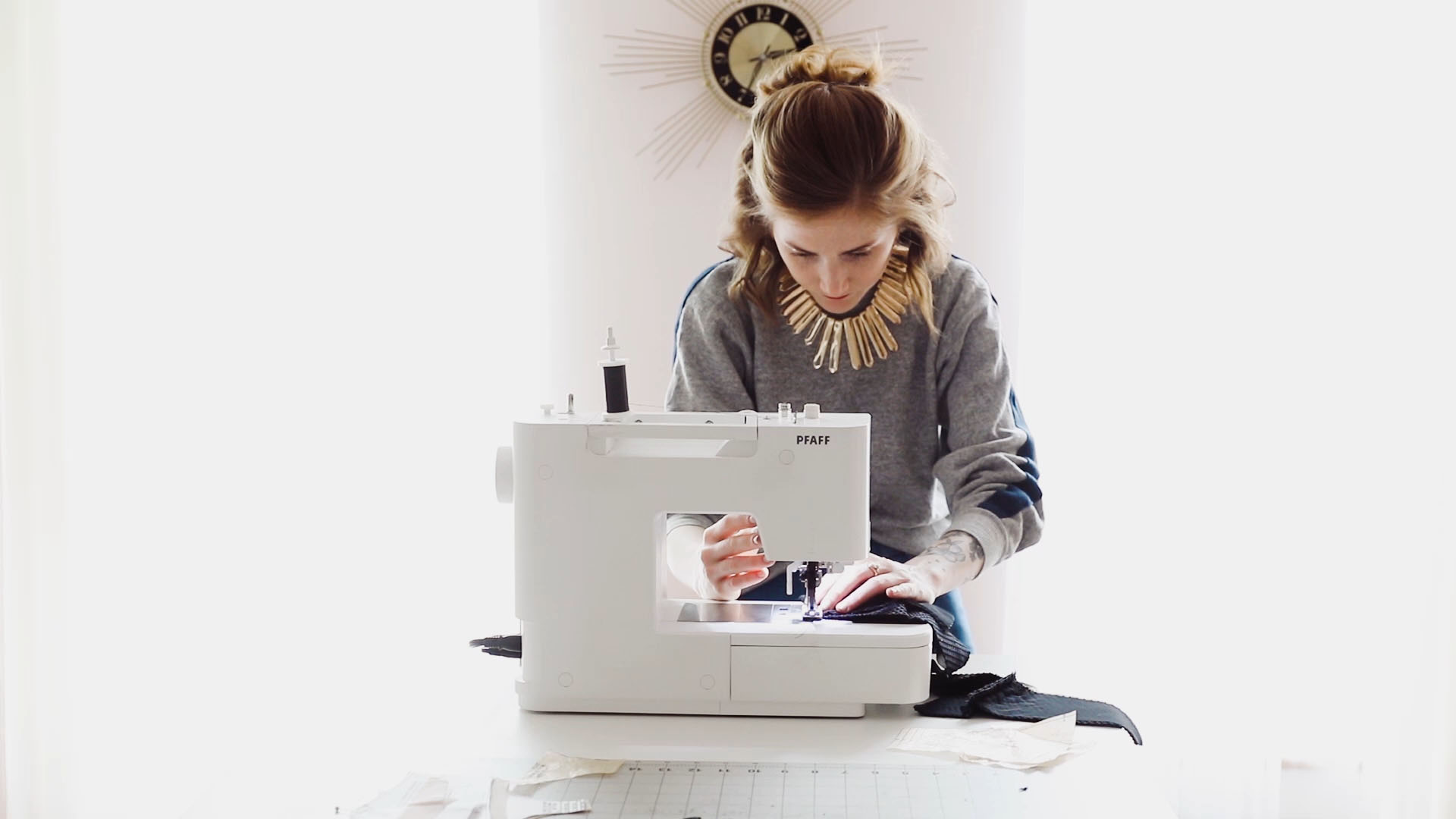 In 1982, President Ronald Reagan declared September as National Sewing Month. Almost four decades later, that ancient art that our grandmothers did is still going strong. I’d even say that with all the indie sewing companies that have popped up, sewing is even making a comeback. To celebrate, I’ll be hosting a month long campaign on Instagram. Before I get to what hashtag you should use, the prizes, etc, I want to talk about… 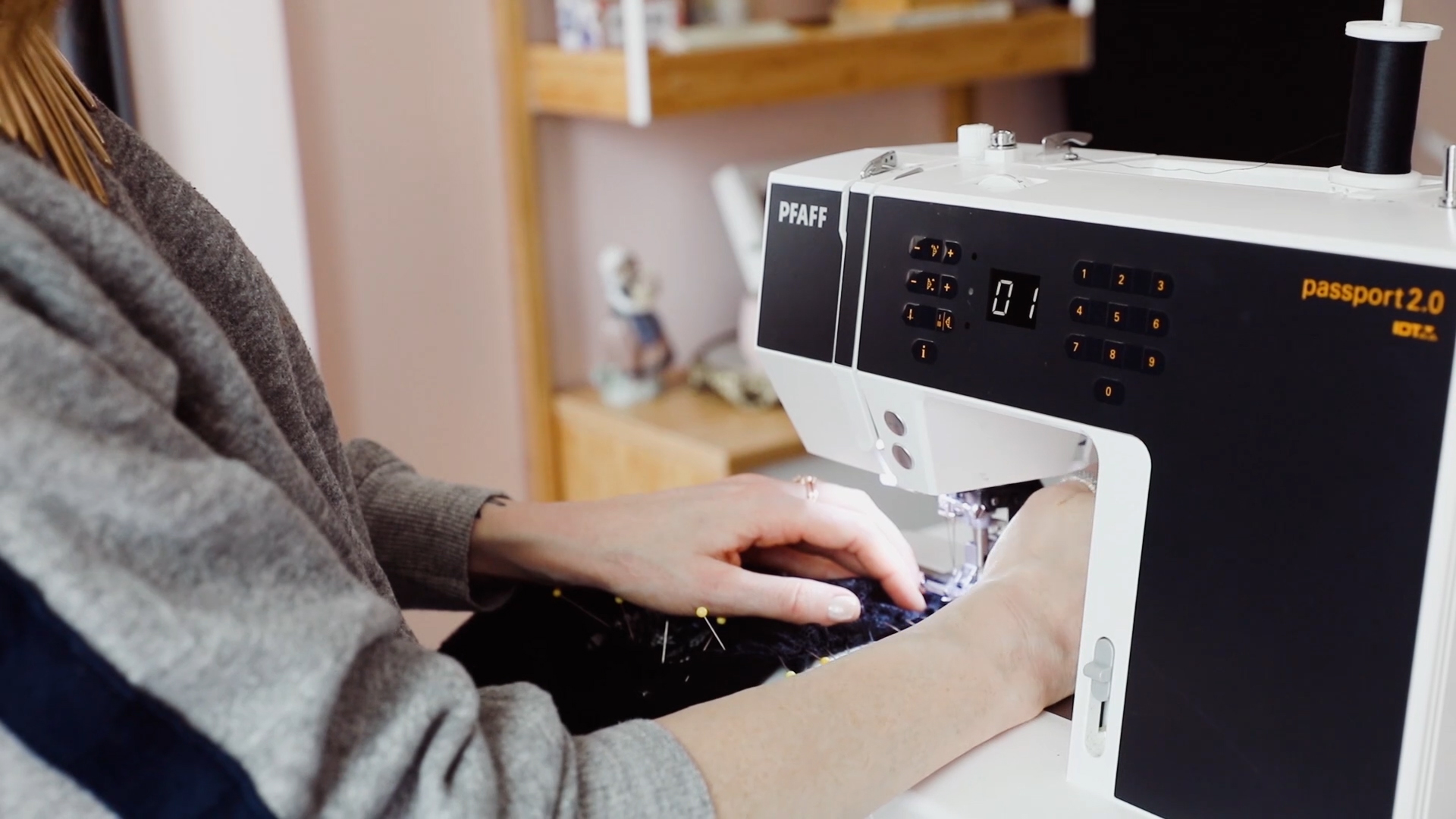 … handiwork and happiness. It’s a scientific fact – when we use our hands, we change the chemistry of our brain the way a chemical does. Six months after my mom passed away from breast cancer, I discovered sewing. During those years shortly after, sewing became my therapy. It gave me a purpose that that no pill ever could. Twelve years later, sewing still plays the same role in my life. Yes, sewing is now my job, but it is still cathartic. No matter how long a day it was, ending it with sewing, even if it’s just applying elastic, is soothing.

Many of today’s careers don’t require physical skills. I can’t relate, but I can only imagine how someone who works in front of a computer all day every day would need time to be hands-on. This is probably why shows such as Top Chef, Project Runway and Forged in Fire are so popular and resonate with so many – all involve hands on work. Handiwork is a form of ‘behavorial-ceuticals’ versus of ‘pharmaceuticals’.

So, this National Sewing Month campaign, giveaway isn’t just meant to be a way to get free sh*t. I want it to be a motivator. If sewing is a hobby you’ve wanted to pick up, let’s do it! Let me give you some free sh*t to get your started ; ) 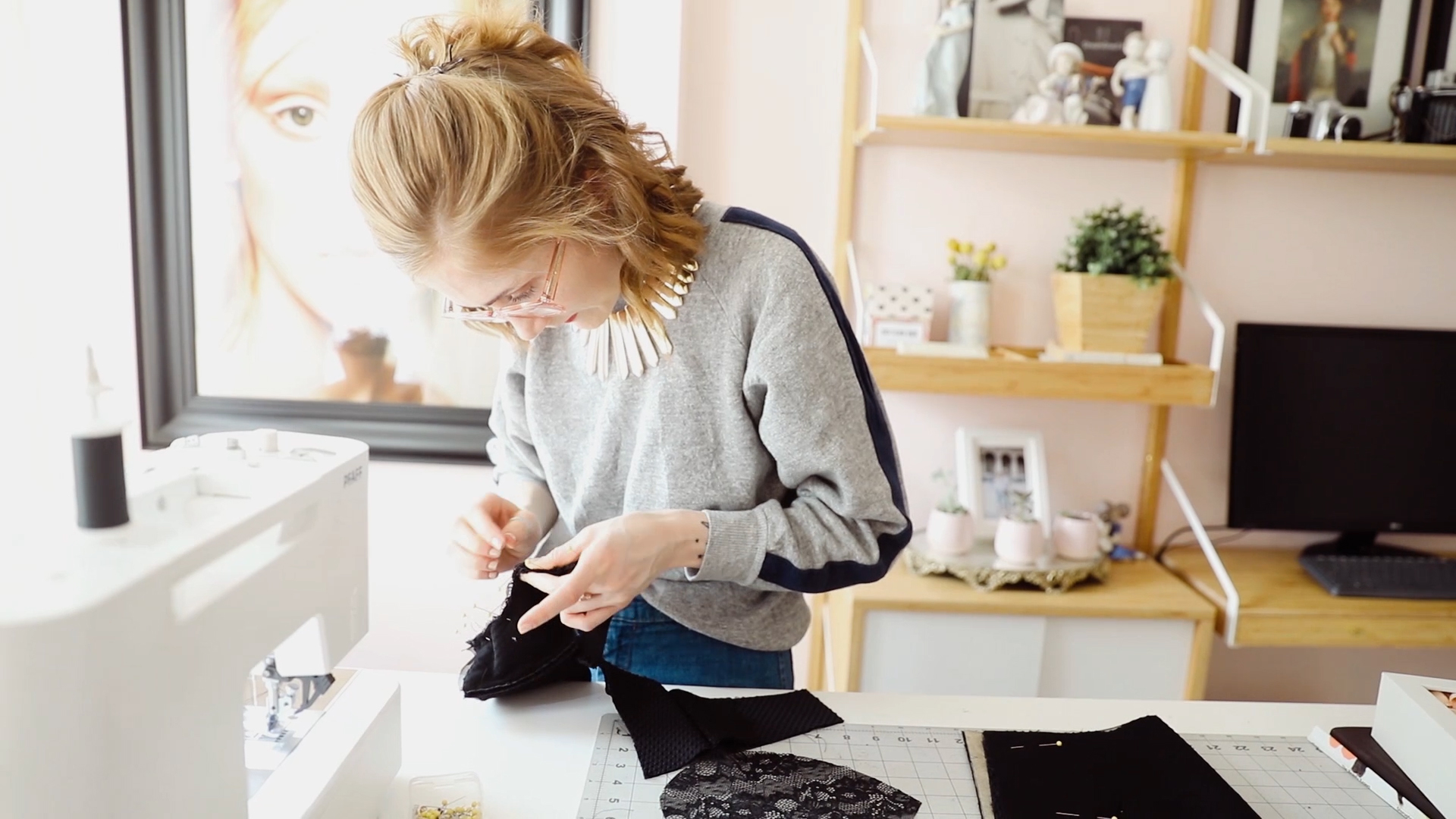 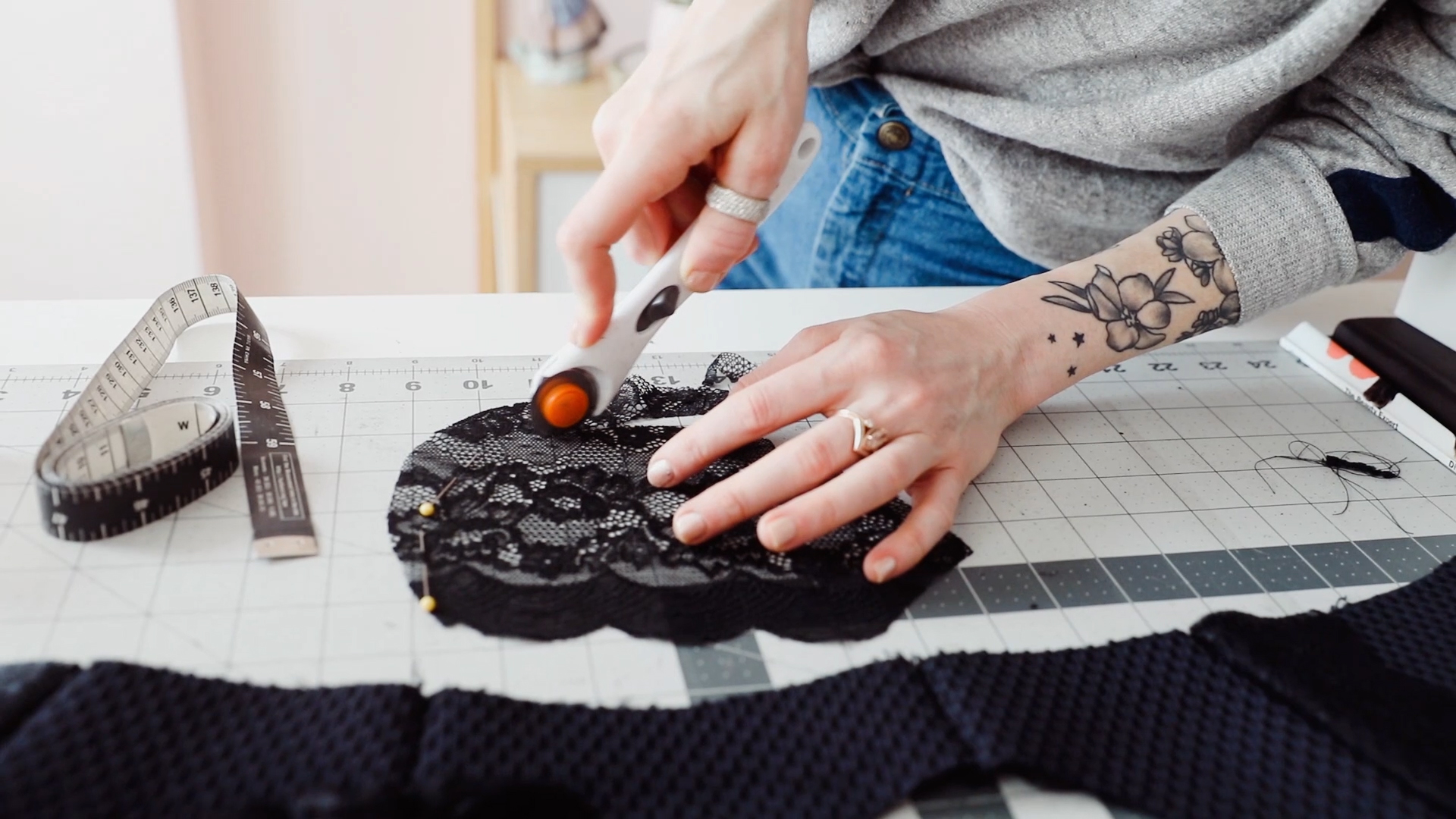 Okay, okay… so what are the contest rules and what can you win? Upload photos of your in progress or finished lingerie projects to Instagram. Tag me @mmadalynne and use the hashtag #nationalsewingmonth. Contest begins today and ends September 27th. Winner will be chosen at random and notified. He or she will win the prizes below: 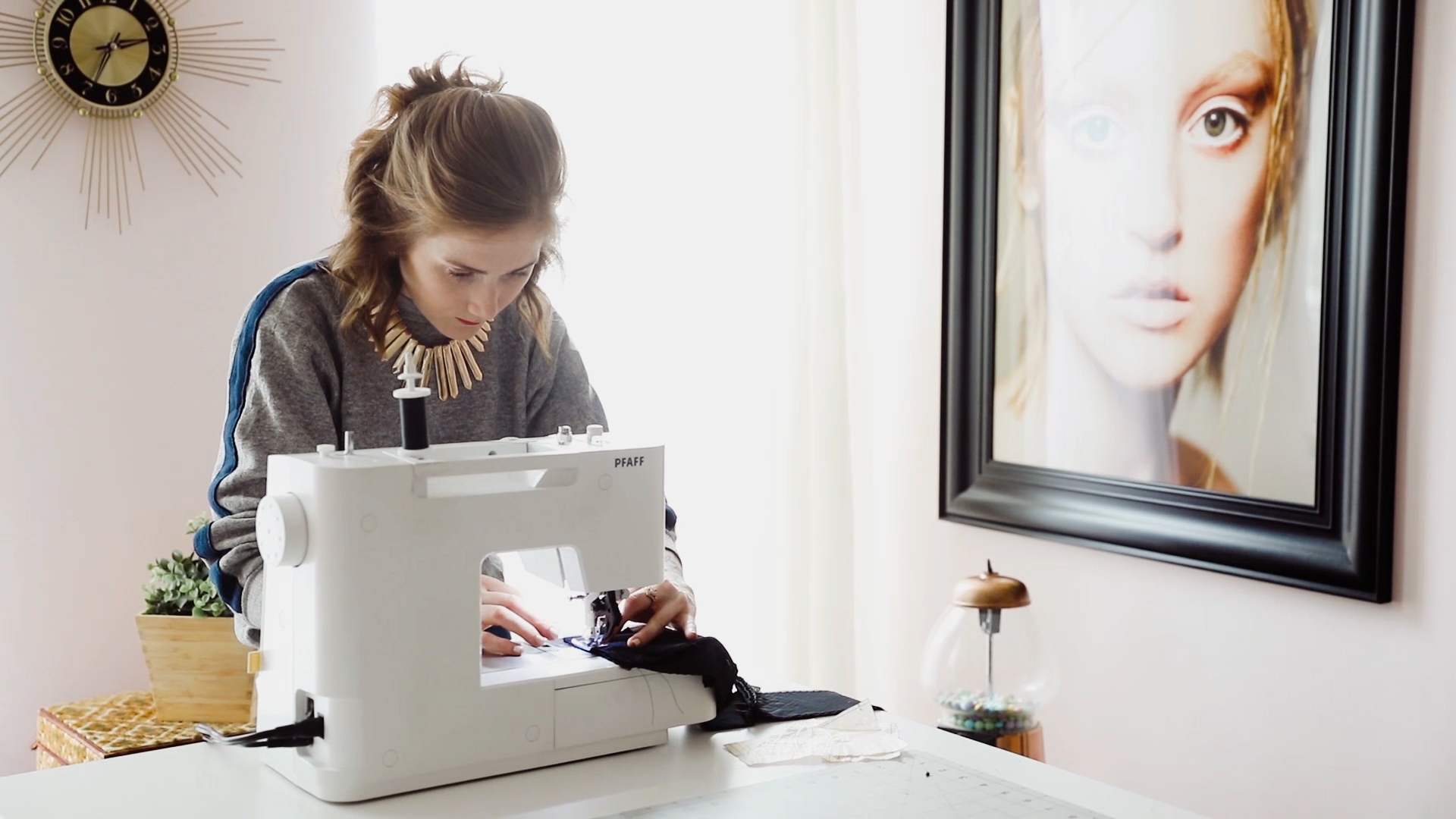